A SUP surfing session for me yesterday. I wanted to test a device I bought that allows me to paddle without stressing the trigger fingers. Worked pretty good, will document after I test it a bit more. In the meantime, Here's Kai Lenny doing what he does. My comment to this was: "Unimaginable. Until Kai does it!". 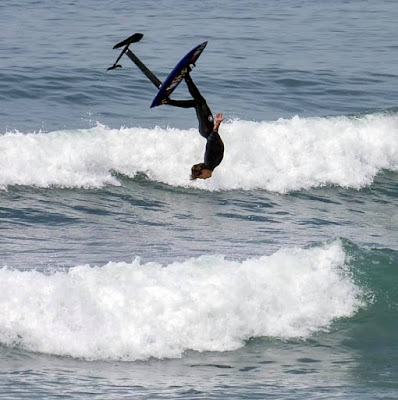 1.1ft @ 16s from 190° (S)
Lanai
1ft @ 13s from 179° (S)
Yesterday Thousand Peaks was knee to occasionally waist high late morning on the rising tide. Today it should be a similar day maybe with a smaller start due to the low tide. Below are Waikiki and Kihei and the difference in energy is remarkable, but not surprising if you look at the maps. Yes, Oahu gets better waves also in summer, not only in winter. 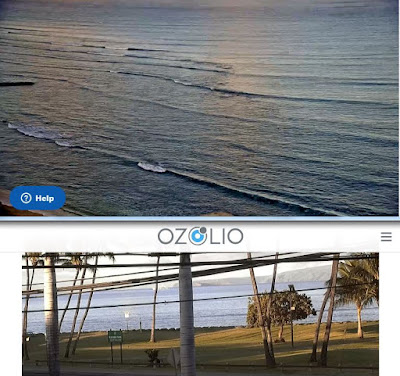 Wait, weren't be supposed to get a south swell this week? Yes we were! Below is the collage of the fetch maps of April 15, 16, 17 and 18 and they all look pretty decent. And so, where did it go? It might be that it's taking its time, since the fetches were wide, but the winds weren't particularly strong in them and so they only created medium periods that travel slower than long periods. Or it might be for some other reasons. I think tomorrow we should see an increase, but don't forget the number one rule for south swells: never, ever, under any circumstances get excited for an upcoming south swell in Maui.

North shore
Pauwela
4.8ft @ 8s from 89° (E)
That's it, 5ft 8s from the E is all there is in the water. Hookipa will be close to flat, while the east facing shores will be maybe up to chest high.
Wind map at noon.

North Pacific only has the windswell fetch.

South Pacific has a big and strong fetch oriented towards Central America. Catch a plane to fly there or hope in the angular spreading! 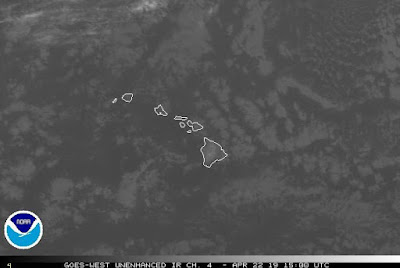