The funding campaign for the new Lahaina harbor webcam has raised $1445. Thanks a lot and let's keep them coming. I'm gonna start my posts with an update like this until it reaches its goal of $2,000. Please donate to the page, not to me. I have nothing to do with this campaign, other than the fact that I totally support the cause.

A longboard session for me yesterday. Until yesterday, that most likely meant a session on my 9.4 single fin nose rider (unless I was borrowing one of the shop's rental board). But yesterday I also bought this 8.6 Stewart CMP high performance one, so from now on it can be either one. Both longboards will be permanent part of the car quiver in fact, together with three shortboards.
We received quite a shipment of Stewarts at Hi-Tech and they're all pretty gorgeous. 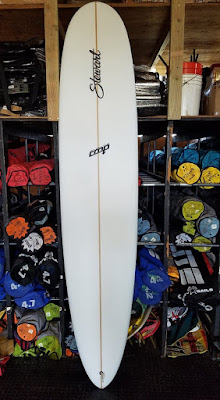 The action shot of the day is by Jimmie Hepp from his daily gallery. You can tell it's windswell by looking at the relatively short distance between those two waves. 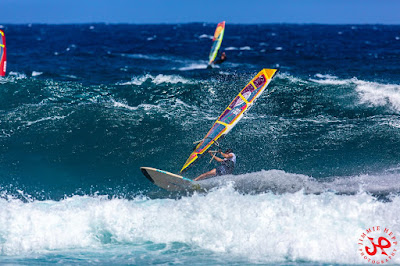 Oh wait, I just saw this other one of Skyler Lickle (photo by her dad Brett) flying Ken Winner's wing. If you know how to windsurf (or kite) and how to foil and you have a SUP foil board that is relatively stable, learning this new sport is not that difficult, actually. When Alan Cadiz (who is most likely the best in world at this, since he's done a bunch and can do some very smooth transitions) let me try it, I got up and going almost right away. Unfortunately, it's one of those things that requires gripping, so I'm not going to do any more of it until my trigger fingers heal. 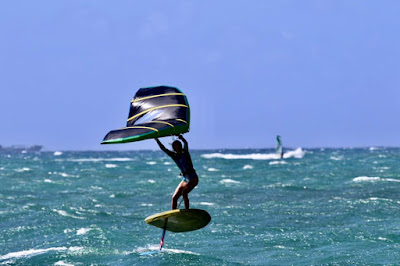 Local buoys still registering something from the south, yesterday it was knee high (but knee high perfection in the early morning), today should be similar.

4.5ft @ 6s from 70° (ENE)
There's only easterly windswell in the water, so today we look at the buoys that are exposed to that. As far as surf spots, you need to look for a spot that receives that energy and are hopefully protected by the wind. The windswell is on its way up, but it's only during the weekend that the bigger and slightly longer period waves generated at the back of the fetch (the end towards the mainland) will arrive. The Surfline forecast, in fact, indicates 12ft 10-11s from 80 degrees. The good guys on the SUP foils will be flying downwind, and that's another thing I can't do because of my trigger fingers.

W, NW and ENE are the fetches on the North Pacific's map today.

South Pacific has a decent fetch S of New Zealand and a couple of others. 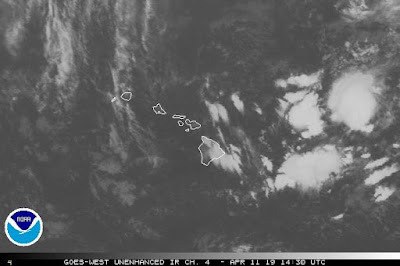