The funding campaign for the new Lahaina harbor webcam has raised $1405. Thanks a lot and let's keep them coming. I'm gonna start my posts with an update like this until it reaches its goal of $2,000. Please donate to the page, not to me. I have nothing to do with this campaign, other than the fact that I totally support the cause.

Two longboard sessions for me yesterday. Second one was at Honolua, which was pretty tiny, but still fun on a longboard. That early morning reading of 5.3ft @ 11s from 336° (NNW) ended up being a bit of a fluke, as I suspected. That's why I recommended checking the buoys later in the morning, when it was more like 3ft and from around 325. Why did I go anyway? Because I was already in Lahaina and I love driving to the Bay, even knowing it will be tiny... 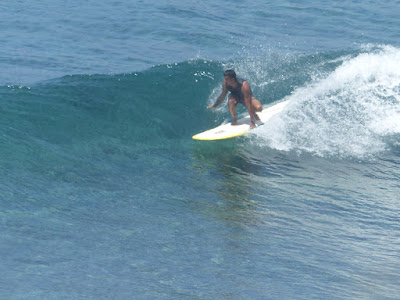 Much bigger waves at Hookipa in the afternoon for the delight of the windsurfers. Here's my favorite shot of Jimmie Hepp's daily gallery. 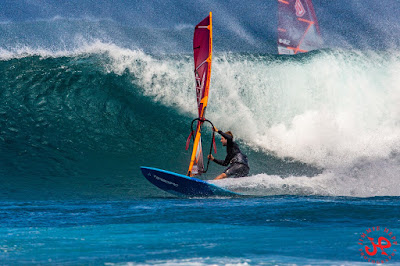 Still something at the local facing buoys. Yesterday, as reported, it was inconsistent knee to waist high with the occasional belly high set. Below is the map of March 3rd, which is the only one with a fetch in the Tasman Sea that could be responsible for this very much under the radar swell. Pat Caldwell doesn't have it in his table, the NOAA doesn't mention it, Surfline indicates FLAT (despite having it a 0.9ft 14s in the graph... how is that possible???). It's most definitely not a big one, but it's something. Today I won't be able to check and report the webcams before finishing this, so that's up to you guys. But it's very likely that I will report from there at one point. In the meantime, keep the donation for the new Lahaina harbor webcam coming, so we don't have to guess again by looking at other places.

NW energy winding down while the windswell is building. Already yesterday it was the dominant energy in the water and it will be more and more in the next few days, as the upwind fetch of the trades gets deeper and stronger. Hookipa will have blown out waves, at least head high to start with, well overhead later in the day as the wind builds.

North Pacific has a WNW and a ENE fetch. The swell from the first one should reach 3.5ft 14s on Friday and 4.8ft 14s on Saturday. The one from the second one should climb up to 12ft 10-11s those same days. I have a surf guide customer interested in surfing in those days, that's going to be a challenging one, but I have a couple of ideas.

South Pacific has a fetch deep in the Tasman Sea and a small SSE one. 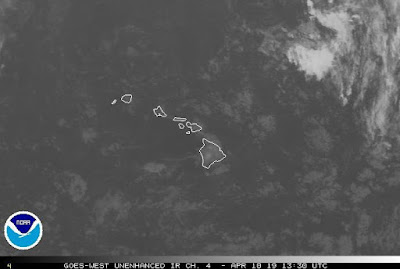