A longboard and a shortboard session for me yesterday. This is brother Josh ripping on the south side most likely on one of his retro fish boards. 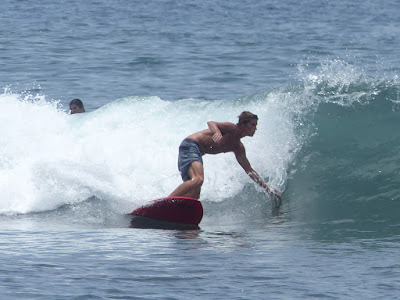 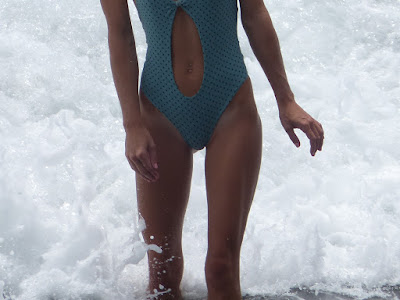 Southerly energy still at the buoys, should be another fun day on the south shore. This is day 6 of this run of swells that had peaks on the even days (day 1, 3 and 5). Check the webcam for size and conditions.

There's no NW energy at Pauwela at the moment, so it's likely that in Maui it's mostly gonna show tomorrow. Maybe something at sunset today, but in the morning it's only going to be the leftover NNE energy. Despite the lack of wind, I don't hear any noise from the waves, which should then be smaller than yesterday, waist to shoulder is my call.
Wind map at noon.

Gonna give the Saildrone wind model another chance ( I added to GP's meteo website link list: n. -4). This is the map at noon and it shows 10 knots onshore in the Olowalu area. This model has a tendency of seeing a patch of onshores in that area that it's probably a flaw. We'll see today if that happens. I don't think so and I sure don't hope so. 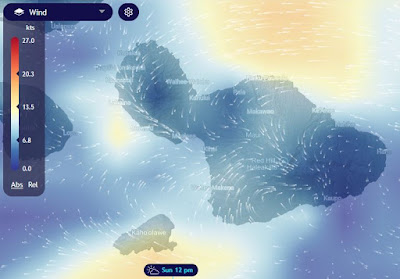 North Pacific has a WNW, a NNW and a weak NE fetch.

South Pacific has a fetch in the Tasman Sea. The one deeper south (black circle) should be blocked by New Zealand.

Morning sky. The front associated with the local low is on top of the islands. 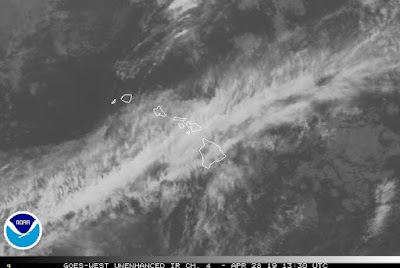 As a result, there's some rain in the Kihei side.

Re wind models it was glass from lauaniopoko to Lahaina at least until 1, so seems that the wrf model nailed it.