My home town soccer team is playing in the early stages of the European Champions league (after 21 years).

Unfortunately, they got into an extremely difficult group together with two of the best European teams (Bayern Munich and Mancester City, the other team being Villareal). First two advance.

Today, 9.45 am Hawaiian time, there was Napoli-Manchester City, a very important game (with two more to go for the end of the group phase).
I could have swapped my morning working shift in order to watch the game live online, but I didn't.
Because I knew it was going to be a fun windsurfing session in the afternoon.

The session ended up being fantastic and the game too.

Here's a reply I just sent to a couple of friends, whose celebrating email I of course read only AFTER having watched the game.


just watched the game on-demand online.
chose to do so and stick to my morning working shift to be able to sail Hookipa in the afternoon.
the sailing session was fantastic!
and now, this awesome game.
which I could enjoy thanks to the fact that I was able to stay away from emails, phone calls, facebook, text messages, message carrying pidgeons, etc and stay unaware of the result.

you guys may think I’m weird, but having scored a session like today’s, I think I’m rather smart.

please, do not send me soccer updates. ALWAYS assume that I’m going to see the game with a delay. Unless it’s flat, of course...

And now I can't wait to see if the facebook photographers got a shot of that decent slashing turn I did...
I totally understand how the sailors felt in the early days in which I was the only one (yeah, that's a claim I think I can reasonably do) to take photos and posting them on the internet two/three times a week.
Now, the service is daily and I'd like to thank all the photographers that alleviated me from the task. I'd rather be on the other side of the camera, really.

No posts without photos, here's an amazing football player. His name is Edinson Cavani and he's from a country that one day I'd like to visit: Uruguay.
He plays for Napoli, though... thank god!!!
(that's what he's doing, btw) 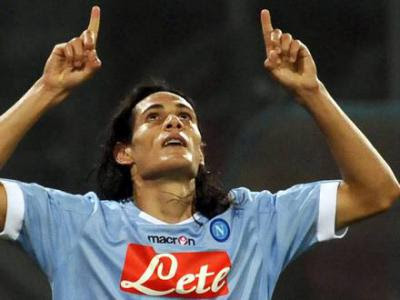 How did the game end? If you feel like listening to 15 minutes of a slightly dramatic commentator, you'll find out. It was a bloody awesome game.

My friend that was AWESOME.
Nothing better than a shake up for the UK teams.
What a win. I am onboard.