How else would you call a day with one surf and two windsurf sessions?

It's windy as hell here in Maui, thanks to the strong and very gusty easterly flow. Not my favorite conditions, but thanks to a mix of ground NNW and wind E swells, I thoroughly enjoyed my early and late sailing sessions.

In between I took some photos and the shot of the day goes to Mr. Boujmaa Guillol. 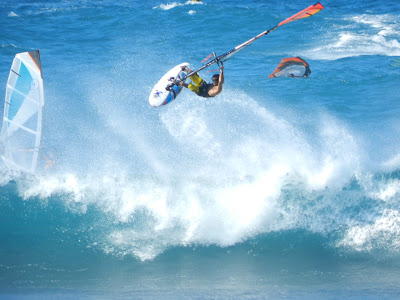 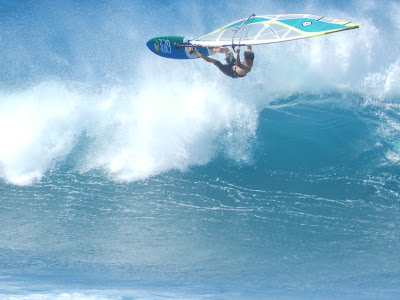 Nathan Mershon is sailing extremely good. Way better than I saw him sailing during the contest. I'm quite impressed by his consistency. The guy rips. 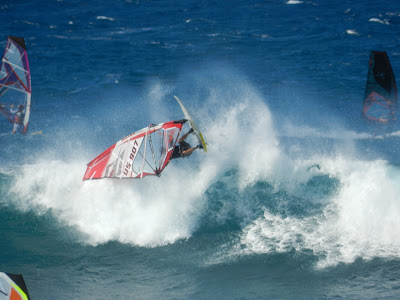 A meaty one for Nayra. 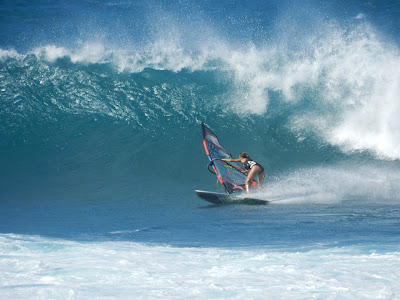 The usual Israeli guy I can't learn the name of. 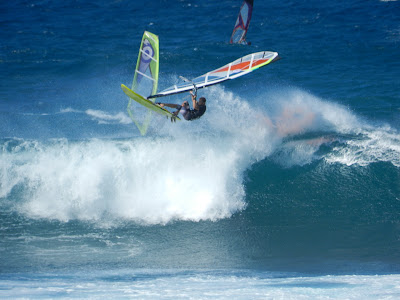 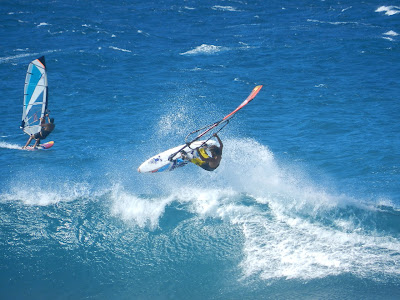 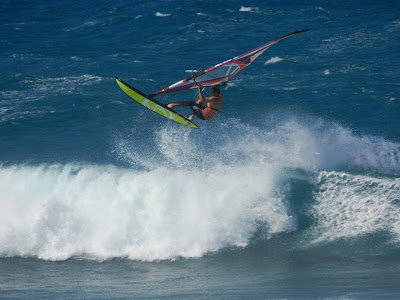 Sure, if you wear them like that they're gonna last longer... but what's the point? 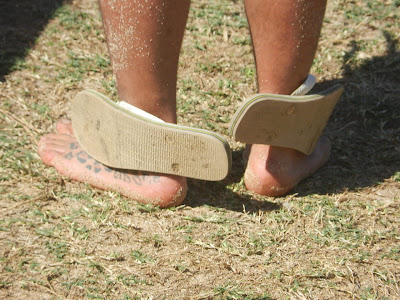 I've been called foot fetish for taking this shot. Ok, no more foot shots for you!

Still not 100% convinced about the new camera, but it sure has a bloody good zoom! 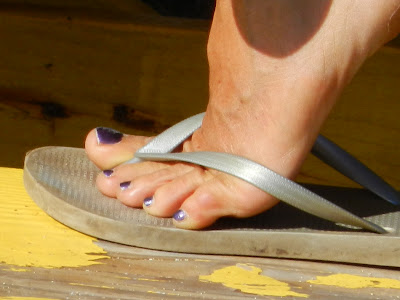 Camille keeps being all over the place. 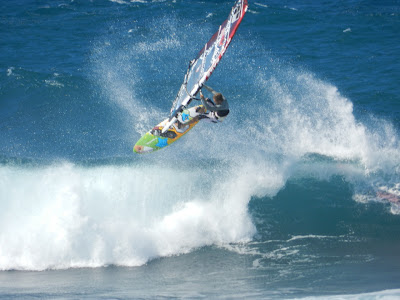 Here he is again. 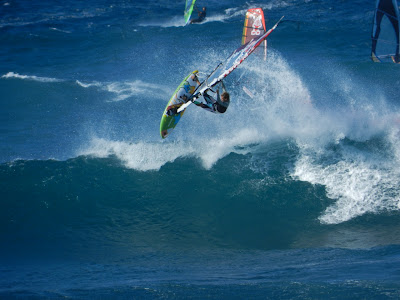 Damn, I wish I could bottom turn like that! Boujmaa. 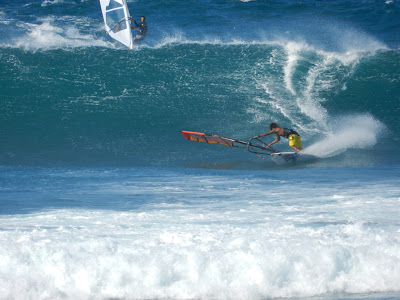 I'm pretty damn selective when I post photos on my blog. That's why I hope that blog reader (and nice guy) Paul will be proud of this shot of his. Good job brah! 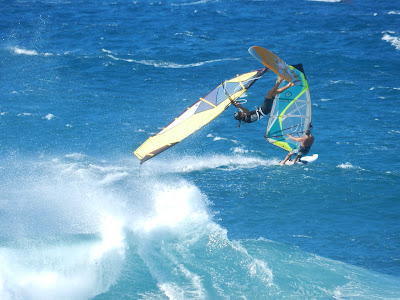 Victor Fernandez forward off the lip. 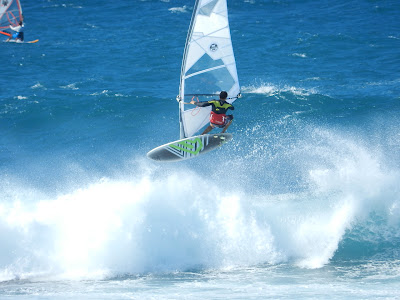 This photo was taken by er Sor Mazza with his new Sony megazoom camera. Time stamp says 5pm, so that explains the lack of light. We'll have to do a photoshoot together to compare the devices.

Oh, yeah that's me by the way. 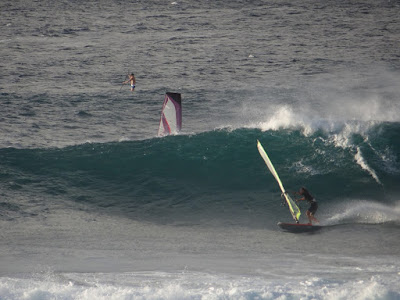 I need to spend a couple of words about that new Hot Sails Maui Firelight I'm using.

That sail is something else. I always knew how important the weight of the rig is. I thought the benefits were mostly felt in light wind, but I'm discovering that it's awesome also in strong wind.

I stuck some tacks under 25 knots+ gusts that I would have not stuck with a heavier sail. It's just so much easier to throw it in the wind!

And then in the evening session, VERY often I was planing while the others weren't. Light, efficient and powerful, freaking love that sail! The only down side is that my body is a bit more tired after sailing (compared to a Superfreak). I hope I'll get used to that...

I also feel like congratulating my buddy Glenn for sticking his first wave 360. Didn't catch it on camera, but I saw it. Way to go!!!

Last, but definitely not least, here's the weather map forecasted for Wednesday. That looovely fetch just NNE of us will send a NNE swell for Friday/Saturday. NNE is a direction that most north shore reefs adore... well, I don't know if they really adore it, but I sure do!
The swell will have short-medium period and it will be very consistent. I predict people on the rocks. I hope I won't be one of them.

Life is good and it couldn't be differently. It's the start of the winter and I am in Maui! Everything else doesn't really matter.
Posted by cammar at Sunday, November 06, 2011

nice post! love the photos! and interesting seeing you changing position from an absolutly convinced superfreak lover to a lover of full batten monofilm sail!

Thanks for the photo post & the mention ... I'm honored I made it to your blog before I leave the island! :) So glad you're posting again - it will be a great way to stay informed when I'm back in Cyprus! And maybe we won't miss you all TOO much!!