A couple of waves caught on a longboard was my only water action yesterday, as windsurfing didn't convince me again, not even at sunset. Today instead I'll try a SUP foiling downwinder, because Dave Kalama told me to do so in this post he did yesterday:

"I think humans are so attracted to flying because we’re not supposed to fly. We definitely didn’t evolve in that direction. So why the attraction? For that very reason, we’re weren’t meant to. Meaning, we don’t take it for granted. It’s like magic every single time. Our genes don’t have a predisposition to expect it. Much like a bird innately flies, it literally expects to. Which makes me think we enjoy it more than a bird does. I know that over this last year of foiling, the ...flying aspect has reinvigorated my enthusiasm and stoke for being on the water to levels I never thought I would experience again, like the first time I planned on a windsurfer. I thought I was flying. So while I babble on trying to describe it with words like freedom, exhilaration, weightlessness it keeps coming back to one of the most prominent themes in my life. FUN! Now go get it!"

Here he's with a friend during one of the many downwinders the good guys have done in this week of strong easterly. 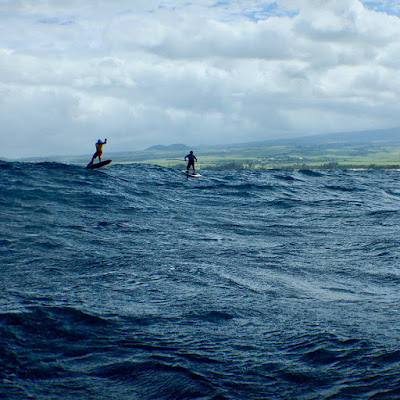 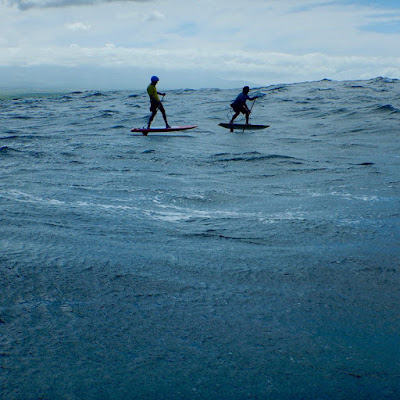 A different explanation of why the feeling of flying is so attractive to humans is offered in this excellent 17 minutes video I watched yesterday. Very profound and highly recommended. 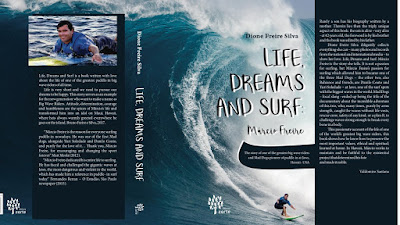 5am significant buoy readings
South shore
No indication of southerly energy at the buoys, the Surfline forecast calls for 0.5f 12s. Tomorrow and Sunday there should be a bigger pulse (up to almost 2f 14s), but, for lack of a better choice, I might cruise on the Lahaina side today to check if there's something in the water already. Below is the collage of the maps of Feb 22, 23 and 24 that suggests me to do so. Will report if I do, but unfortunately, the Kihei shore break webcam only shows some kind of refracted windswell, so I'm not really sure.

East swell on the decline at the Pauwela buoy, still plenty energy at the exposed breaks.

North Pacific shows a WNW fetch and the easterly one, now not as deep as it's been for the last two weeks or so. 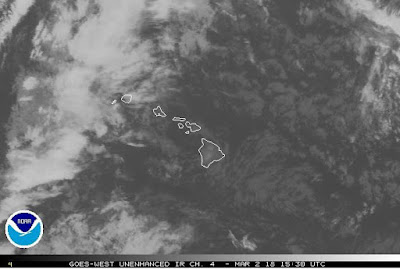