A shortboard and a windsurf session for me yesterday. Got three shots of the day, let's start with something beautiful. 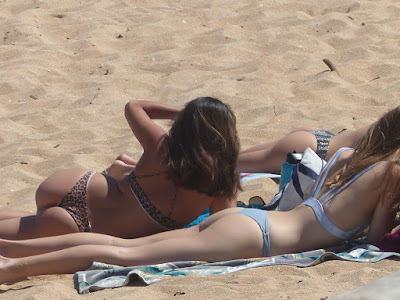 Casey went windfoiling on a Sean Ordones designed board with the foil box well in front of the tail and found out that when riding waves on a windfoil he can't do the same lines as with a regular windsurfer. In fact, you can't really hit lips or stay in the pocket, got to look for relatively slopy sections instead (just like when surf/SUP foiling). Still challenging hence fun. 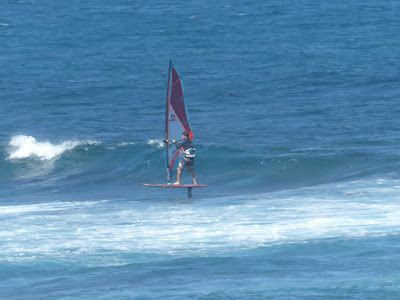 SUP surfer caught a bit of a gem on his way in at Hookipa. 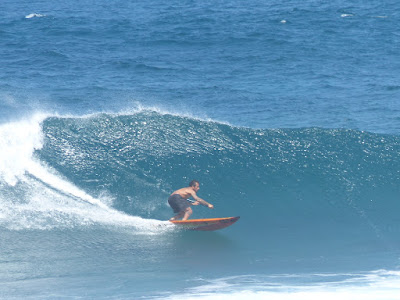 Still decent energy at the SE buoy, the Lahaina side should have waves also today.

The NW buoy is in the middle of the N fetch circled in the fetches map below and so it's reading a high energy from the NNE, but that will most like miss us to the west. What we have on tap today is the declining yesterday's NW swell that peaked in the late afternoon as the graph below shows. Stay tuned for a beach report around 6.30am. 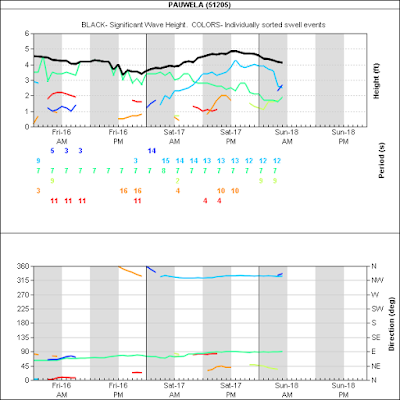 Wind map at noon shows a NE flow on the north shore.

North Pacific showis a N fetch that will send us first a small pulse on Monday/Tuesday (4f 9s). Much bigger NNE swell is predicted for Wednesday on.

South Pacific shows a weak S fetch and a better SE one but the swell from this last one will probably be blocked by the Big Island. 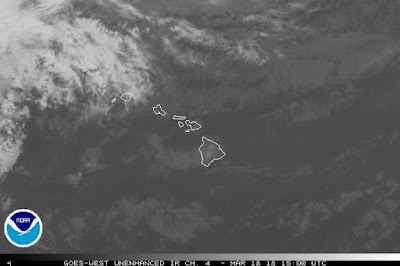