A shortboard session at Honolua for me yesterday. I gave it an 8, but I only had time to take a couple of shots. Notice the very unusual presence of a SUP surfer in the lineup. As far as my experience goes, he never was in the way and didn't catch too many waves, so I had no problem whatsoever with him and I actually admired his courage to hit a lineup where very likely someone had something to say about it. In my opinion, everybody should be free to do whatever discipline he prefers, as long as it keep it safe for the others and sticks to the etiquette without hogging waves. 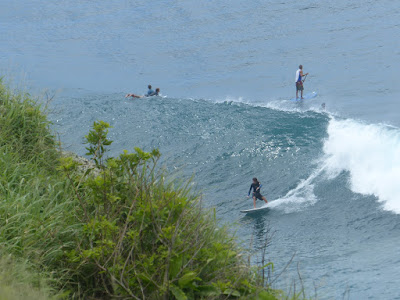 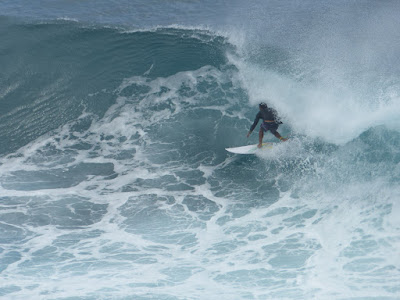 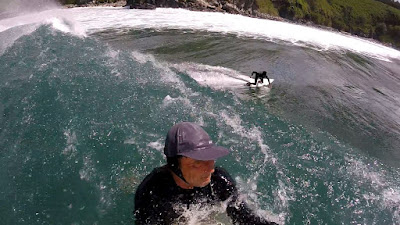 A Fosbury flop over the lip wasn't an option when there were no leashes. 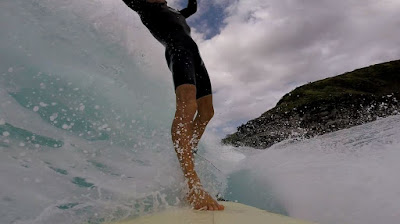 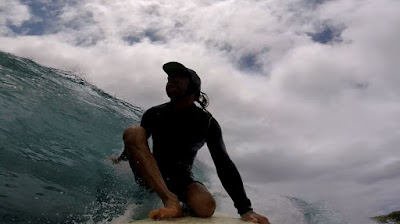 Yet another day without the Surfline buoy readings (I'll send an email to fix it). The forecast for the South shore calls for 1.3f 12s.

The one for the North shore calls for at least 4 different swells with directions all the way from 309 to 95, the biggest of which is 6f 12s from 357.

The diagram of the energy spectrum at Pauwela (this is real data, not the forecast) shows an even broader direction range: from slivers of energy at 260 all the way to 105, but with the dominant energy from 355. The periods range from 8s to 17s+. That is always the case: even if the buoys report only a couple of numbers, they're always only the dominant ones, but not the only ones.

The closer the source is, the more the energy will be spread over a number of different periods all present in the water at the same time. Remote sources have less spread, as each different period has more travel time to space out from the others.

So today plenty energy from the northerly quadrants and lots of consistent overhead waves breaking on the north shore. 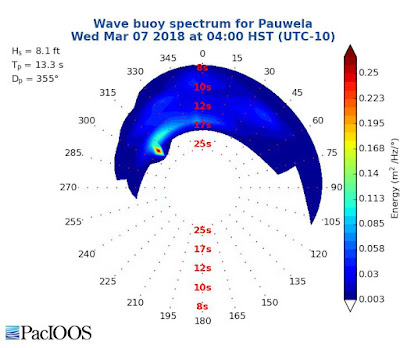 North Pacific shows a small NW fetch and the much closer NNE one which will keep providing us with waves from that direction (6-8f 10-12s) all the way to Sunday included. Monday a much bigger swell is predicted to arrive (10f 15s from 350). As I already mentioned a few days ago, after a long hiatus the Bay will be breaking every day for the first two weeks of March. At different sizes and quality, obviously.

Morning sky shows cold air coming down to us. 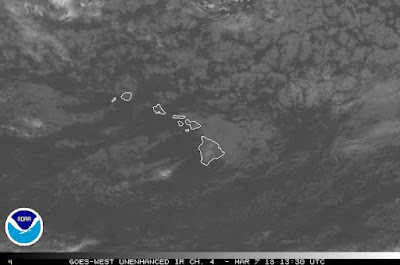 I know this has nothing to do with surfing (it has with the fitness needed to go surfing, though), but I had a few thankful friends that completely changed their diet thanks to the fact that I posted some videos from my favorite human on the planet Dr. Greger. Here's one that illustrates the importance of fiber. Don't juice your veggies and throw away the fiber. If anything, blend it.