A SUP foiling session for me yesterday. Below are two shots of Dylan showing the fun conditions. 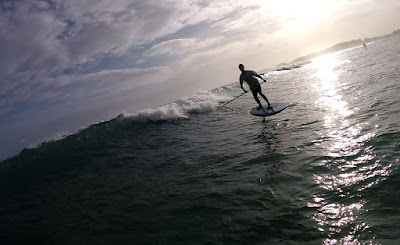 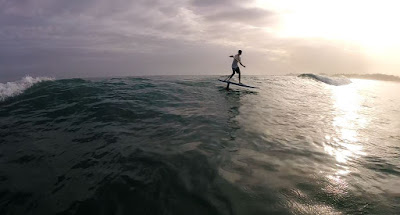 Here's Dave Kalama's perfect last stroke to catch a wave. His feet are already in the footstraps and that will help to pop the foil up. I can do that if the wave is steep enough, but when it's really soft, I have more chances to catch it if my feet are in front of the respective straps. It's not a big deal to put them in the straps after I catch the wave, because we're talking about a soft wave that won't make the foil pop right away. 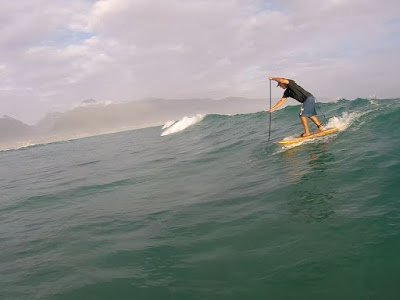 After that I went to Hookipa and the conditions were quite tricky with still some solid size waves and very offshore and gusty wind. But the reason I didn't sail is that my trigger finger was doing pretty bad after two SUP foiling sessions in a row.

Things you can expect Jason Polakow to do if you share a wave criss-crossing with him. Even if you're Robby Naish. 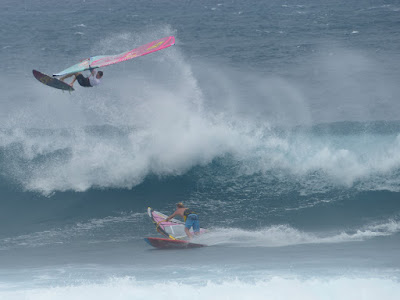 This photo was posted by the Tavarua Resort facebook page on March 20th: absolute perfection at Cloudbreak. Are those waves going to get here? Answer below. Kinda. 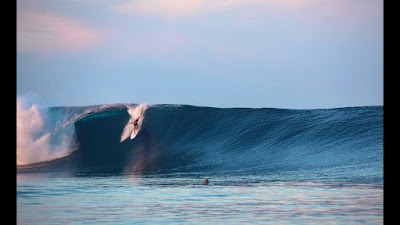 Decent reading at the W buoy, assuming the direction is unreliable, let's try to find out where this energy is coming from. Below are the maps of March 15, 16 and 17. The first one shows the Tasman Sea fetch that made the big swell of the photo above. The day after there was still a decent fetch, this time straight S of us. And the 17 there was a much smaller SSE one. I heard there were waves already yesterday (and it wasn't the north wrap anymore), so I'm not really sure which of those energies will be in the water today, but the Surfline forecast calls for a rising 1.5f 15s, which makes me think (together with the fetches maps and that reading at the W buoy) that yes, there will be waves also today.

NE swell trending down, but 4.5f 11s from 42 will still provide some fun size waves on the north shore. The trend is not too exciting in terms of size (Pat Caldwell summarizes it with a laconic low spell), but for me what counts the most are the conditions. And below is an exciting Windguru 10 days table. It will change a lot, but the lack of strong trades means that there will be good conditions in most spots. 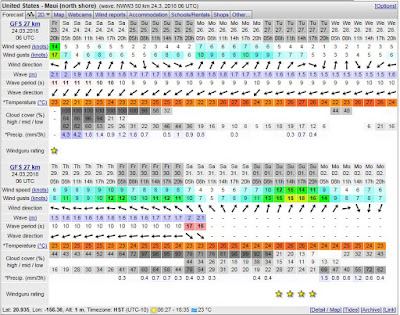 Wind map at noon shows a southerly flow with very light winds on the north shore.

Morning sky is quite explicit about what kind of day we can expect today. 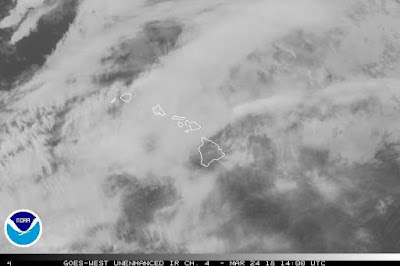 Plenty rain in the 5am rain radar image.