A longboard session for me yesterday. No photo of the day, here's an image by Ben Thouard. 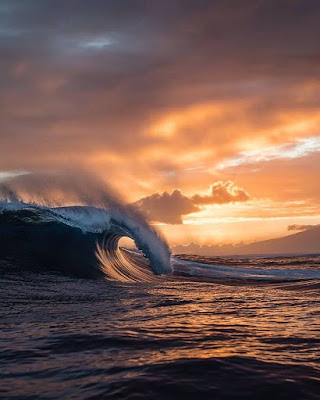 4am significant buoy readings
South shore
No indication of southerly energy at the outer buoys, the Surfline forecast calls for 1f 10s. This south swell has lasted a whole week, but it's definitely coming down. Yesterday there were still waist high waves on the Lahaina side.

Pat Caldwell informed us that the NOAA NW Hawaii buoy 51101 went adrift though it is still near the original location. I'm gonna add that it doesn't show the swell direction anymore, at least on the Surfline page.
Below are the graphs of the three reported buoys. The new WNW swell has already peaked at Hanalei, while in Maui it will have a sharp rise in the morning. Seen the direction at Hanalei, the impact will be much higher at Hookipa than in Kahului. Surfline calls for 6f 14s from 308 in the afternoon.
The E swell is now down to 3.8f 9s after providing us with some fun size waves for the whole week.

The one at 3pm shows potential for wind sports at Hookipa. 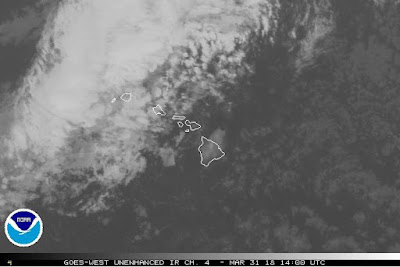