A late start made me miss some fun waves at the harbor yesterday, as the wind picked up as soon as I showed up around 9ish. But I made up with a windsurf session as my favorite conditions consequently materialized on the west side.

No shots of the day, I'll take the opportunity to introduce one of my friend Gianfranco's patents: the FinShot. Here's some shots that speak for themselves, go on the website to find out more. 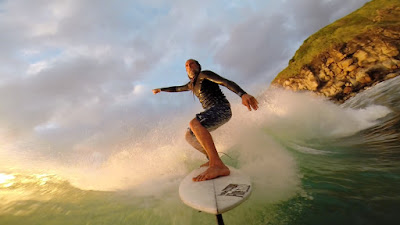 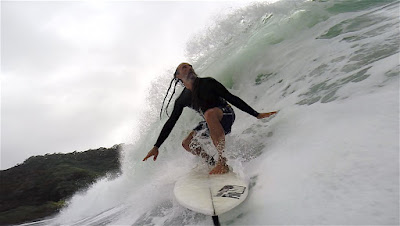 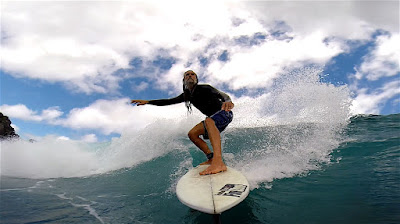 Here's the two of us in the idyllic setup of one of the many spots we've surfed together. 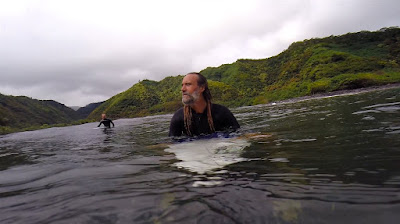 5am significant buoy readings
South shore
No indication of southerly energy at the buoys, the Surfline forecast calls for 0.7f 10s.

No indication of long period NNW energy at the outer buoys just yet, and that is in line with the Surfline forecast that indicates only 4f 16s at 8pm tonight. As calculated in the post Buoys to Maui travel times and Maui's shadow lines, the travel time for 16s from the NNW buoy to Maui is roughly 16h (maybe a little less in this case, since the predicted direction is 347). That means that the swell might arrive even a little later than that, as there should be already something at the NW buoy, but there isn't. So it's a tomorrow kind of deal for Maui. In the meantime, there's still the declining energy from the NE now down to 5.6f 9s. 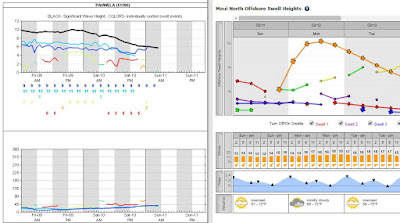 Wind map at noon shows fairly light winds on the north shore today. A strong but temporary increase is predicted over the next couple of days.

North Pacific shows the fetch of Monday's swell getting closer but weaker. It's going to be a very stormy swell with a lot of energy and multiple periods overlapping. North shore is going to be a huge mess, unless you find a spot that filters the energy, the place to be will be the west side. Even Honolua might have too much energy. In which case, search down the coast.

A small fetch is present in the South Pacific. 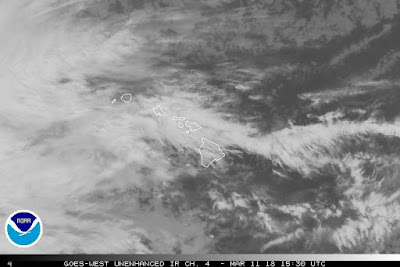