A shortboard and a windsurf session for me yesterday in a day that saw all kind of conditions up for grabs, if you were willing to drive. Which I did, and took a bunch of photos in various locations. Let's start with Honolua Bay which, as reported in the beach report, had size, but bad shape. 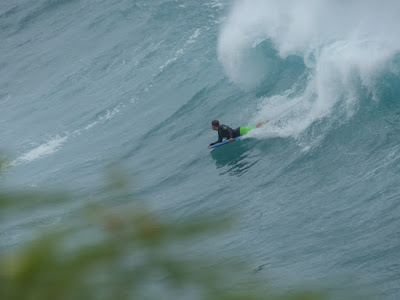 I waited 15 minutes, but I didn't see a ride worth mentioning. 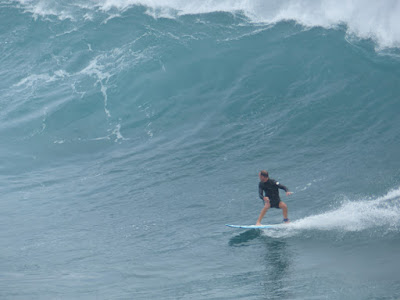 I heard about a second reef outside Napili Bay, but I had never seen it breaking. Until now. 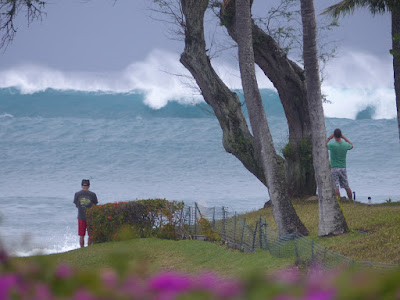 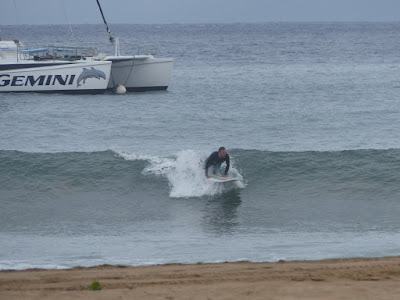 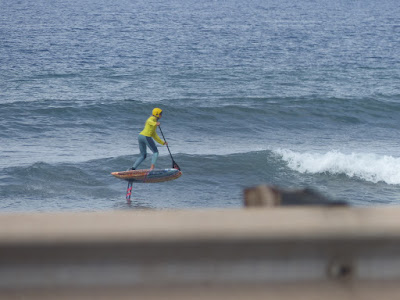 I guess I don't have to mention the spot, as the photos give it away. 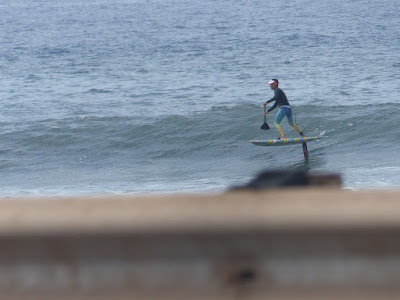 Jadon handled this relatively steep drop with a low stance and a lot of weight on the front foot. 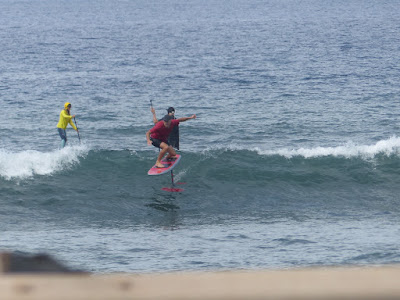 I skipped all the west side options for a second session and I went to Kanaha because I wanted to try the new center fin that I quickly glassed on my windsurf board yesterday afternoon. It was big and wild and exciting, but not even remotely as fun as the magic session of the day before at Hookipa. Before going to work, I found the time to take this shot of Hookipa where Antoine Albeau was trying to make the most of the over mast high closeouts. 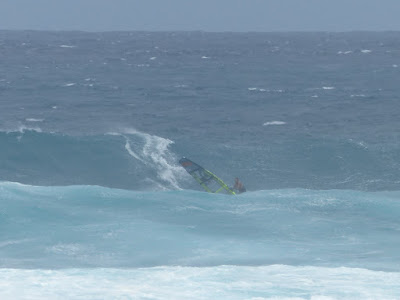 If you could handle, it was much better on the west side as this photo by Jimmie Hepp from this gallery shows. I checked the place at 9am and could have sailed it by myself, but the wind was sketchy light and offshore. Later on it got stronger, but it just didn't fit in my busy schedule. It was probably a 10 in terms of difficulty anyway, with extremely high risk of breaking the gear. Pro sailors only kind of stuff, but that wave looks incredible. 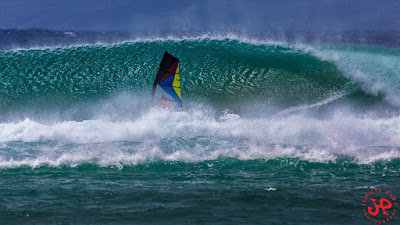 4am significant buoy readings
South shore
No indication of southerly energy at the buoys, the Surfline forecast calls for 1.3f 14s plus there should still be the north wrap that yesterday was shoulder to head high in the Puamana area.

North Pacific shows the NNE fetch that now is a NE one and got lighter winds. As a consequence, the current NNE swell will continue diminiushing till the weekend and then become a more "traditional" easterly windswell.

South Pacific shows the last contribution of the SSE fetch we had for the past couple of days. 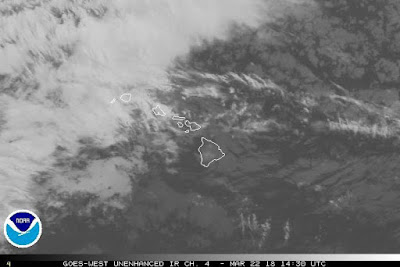