Double longboard session for me yesterday. Photo of the days goes to Paige Alms who's been having fun with the foil. Photo by Julia Mancuso. 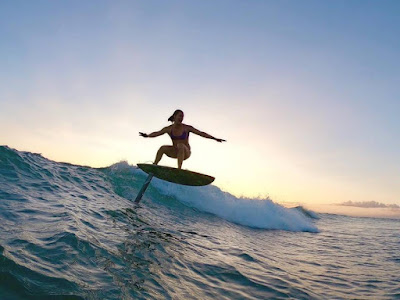 Thanks to blog reader Erik for the kind words about the blog in the lineup. I wanted to take a photo of him surfing with his kid on his board, but for a while I screwed up with the gopro and filmed during the waits instead that during the rides and missed it. Got this shot of a hole in my wetsuit instead. Looks like I need to retire that one soon. Nah, I'll squeeze a couple of more sessions out of it, nothing is hanging out just yet... 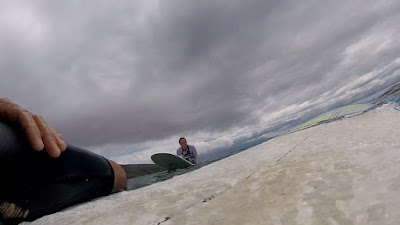 Pretty strong reading at the SE buoy, there should be waves also today on the south shore. Knee to waist with occasional bigger sets yesterday.

Pauwela
7.7ft @ 10s from 5° (N)
2.9ft @ 5s from 51° (ENE)
0.8ft @ 16s from 325° (NW)
Two new swells to comment about, let's start with the new NW pulse coming from the fetch n.1 of the collage I posted a few days ago. I circled in red the rise at the three reported buoys. But much more significant is the fact that the shorter period N swell from yesterday's fetch is much higher than the WW3 prediction (red arrow on the Surfline forecast on the right): almost 8f 10s instead of 4f 9s.
Between the two, plenty waves on the north shore today, the problem, as usual, will be the wind. Look for sheltered spots or try the west side.

South Pacific shows a strong fetch SE of the Tasman Sea and a decent SSE one. 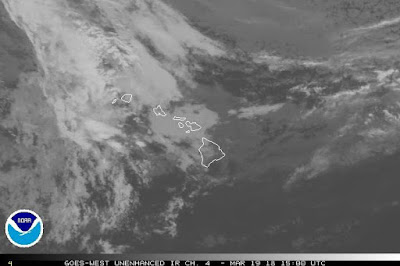