A shortboard and a longboard session for me yesterday. Here's one of those crazy images of Clark Little. You can buy his prints here. 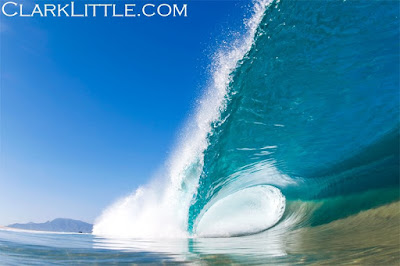 3-4am significant buoy readings
South shore
No indication of southerly energy at the buoys, but that doesn't mean that the south swell is completely gone. The Surfline forecast still calls for 1.8f 12s.

Lovely northerly energy at Pauwela, while the easterly windswell is slowly coming down, but only temporarily, as a new round of strong trades is about to hit us again starting Saturday. And in the meantime they're still going to blow moderate, not calm. Yeah, it's been windy.

The good news is that this time, in addition to the strong windswell, we're going to have plenty energy from the north. I predict Honolua to be breaking for the next couple of weeks (it was already yesterday at sunset).

North Pacific shows the northerly fetch we saw the last couple of days getting closer to us. Vicinity will be the main factor for a swell that Surfline predicts to peak at 5f 15s tomorrow afternoon. It actually predicts it to be 6f 12s on Wednesday morning, but 5f 15s will make for bigger breakers than 6f 12s.

South Pacific shows nothing of relevance. 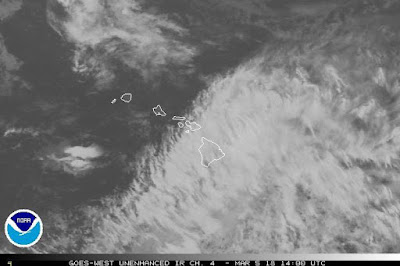