No photos from yesterday. This is Annie Reickert in a photo by Noah Andrews. 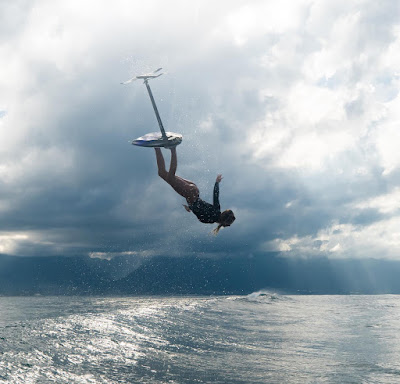 Very small amounts of southerly energy of different period and directions at the buoys. Check the Lahaina or Kihei webcams if interested, for size, conditions and consistency. Long wait for a wave like that.

Once again, only windswell at Pauwela. Home guess for Hookipa is around waist/belly high, bigger on eastern exposures.
This NOAA page reports that: The trade wind speeds are expected to gradually decrease this weekend, since the surface high far north-northwest of the area will slowly weaken.
As a consequence, the windswell will be declining (red arrow on the graph below). There will be a small NE swell around 3ft 11s (blue arrow) around Wednesday. In the North Pacific Fetch Map below, you can see the low that will generate it already forming in the Gulf of Alaska. 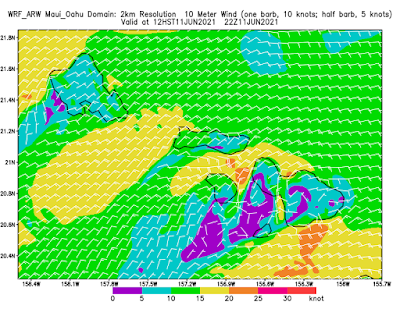