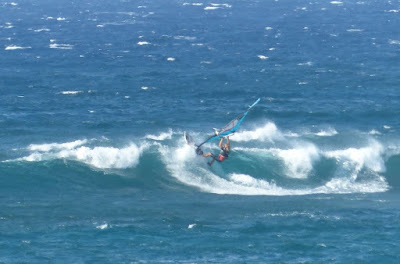 Southerly energy continues the down trend. Check the Lahaina or Kihei webcams if interested, for size, conditions and consistency. 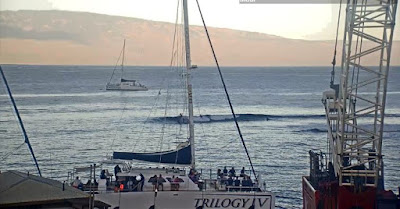 That 11-12s northerly energy at the buoys is so small it doesn't even deserves a mention (well, too late I guess). 6ft 8s from 56 would normally trigger a shoulder to head high home guess for Hookipa, but since yesterday it was so much smaller that what I had guessed, I'm going to be conservative and just call for waist-belly high. Low tide might have something to do with that. Whatever size it will be, it's an 8s windswell, so the waves will be weak and sloppy and with some wind on them. 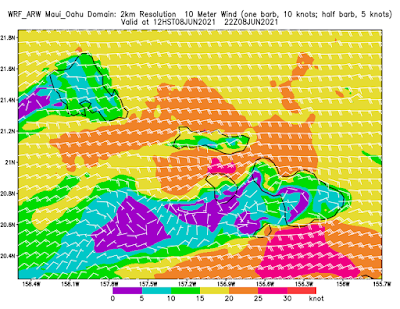