It's not unusual for me to do two 1.5h surf sessions in one day. What's unusual is that I caught 20 waves per session... definitely feel them this morning. Tons of waves in this swell, here's some shots from Hookipa.
Imai destroyed this wave with four aggressive turns like this. 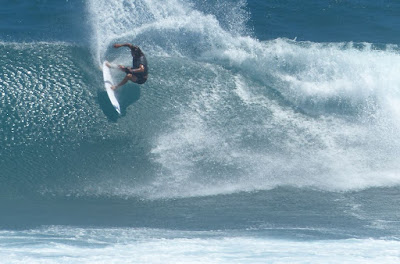 Didn't recognize this kid, but he was shredding. 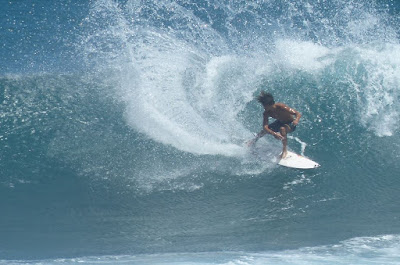 Pretty sure Charlie Smith had a lot of fun. 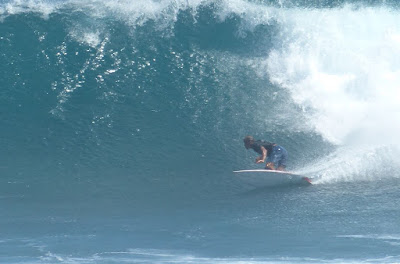 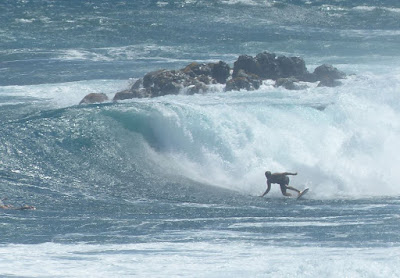 Afternoon was show time for the windsurfers. Photo by Jimmie Hepp from this album. 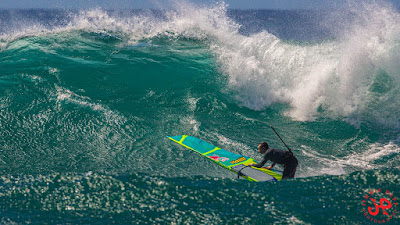 Check out the height of this stalled forward by an inspired Robby Swift. It was an action packed session. Nice reading at Lanai, check the Lahaina or Kihei webcams if interested, for size, conditions and consistency. 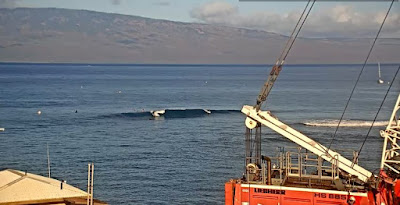 Below are the Pauwela's graph together with Surfline's old and updated forecast. I put them together like this, so that you can appreciate how accurate their prediction was. I have a feeling that they fixed the 6 hours delay issue I noticed many times before. The swell is now predicted to slowly subside until Friday, but seen the readings at the upstream buoys, I think today it should still provide overhead waves at Hookipa all day.

Wind map at noon. The other ones can be found here (click on animation of the 10 meter column).
N/A