Saturday saw some big semi-windswell waves (9 feet, 10 seconds out of 10 degrees at the Waimea buoy) and some light onshorish wind that made sailing Hookipa particularly difficult.
The mushiness of the waves made the top turns less spectacular than usual, so I tried to focus on the bottom turns, most of which were very little powered (the big waves were blocking the onshore wind in front of them).
In other words, a tough day to sail and to photograph.

When the action is not that spectacular (or when the waves are small), I usually go with a lot of zoom, hoping that the close-upness would bring an element of interest, but the that's when the digital zoom kicks in and the photos get grainy.

I don't have a favorite, so here are some shots in chronological order. 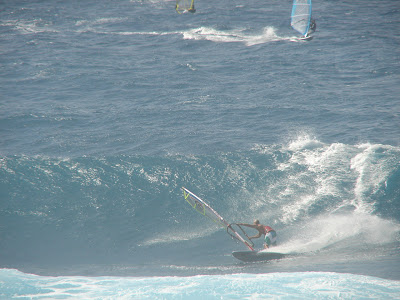 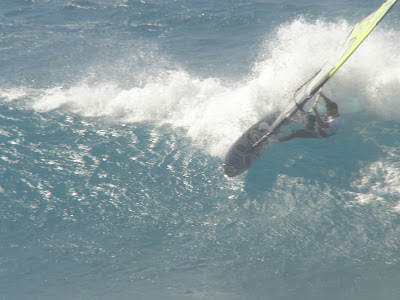 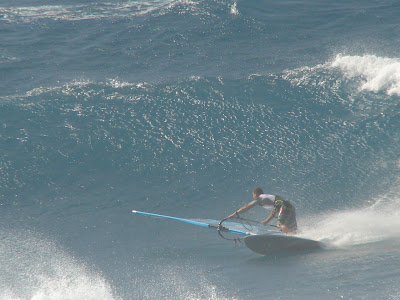 Ricardo, not much wind in the sail. 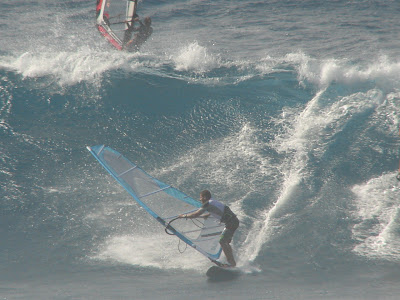 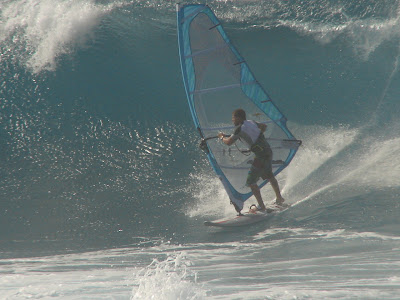 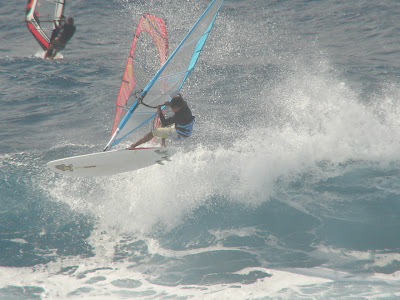 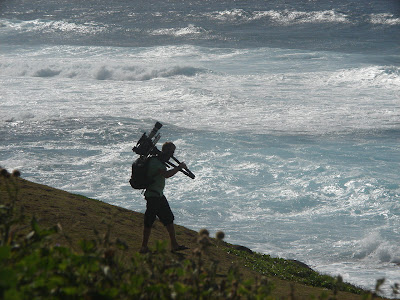 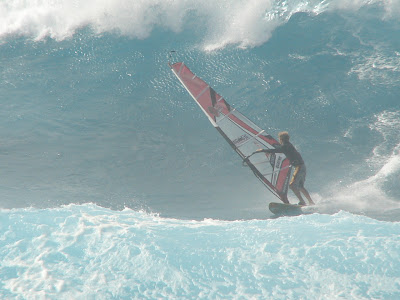 Everyone was asking me why I didn't go to the butterfly thing.
It's too easy to take butt shots when hordes of girls compete for the tiniest bikini...
I prefer sneakier shots like this... I'm a stalker at heart! 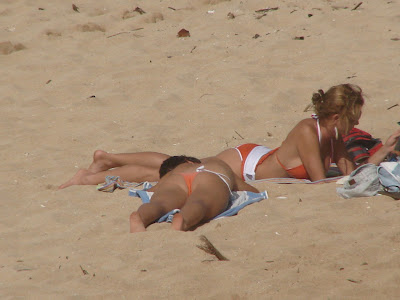 Michi seemed to have some decent speed. 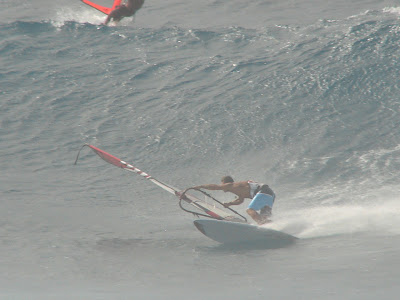 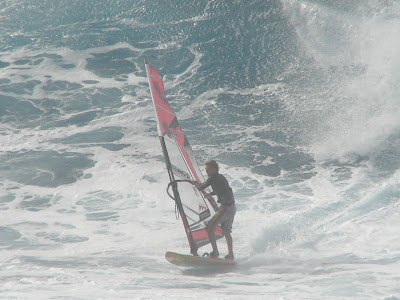 Michi, again with some decent speed. 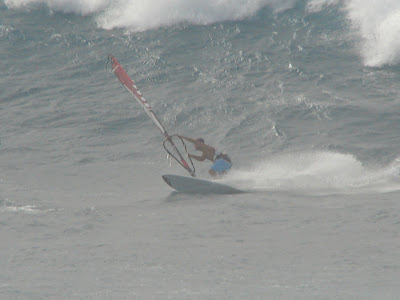 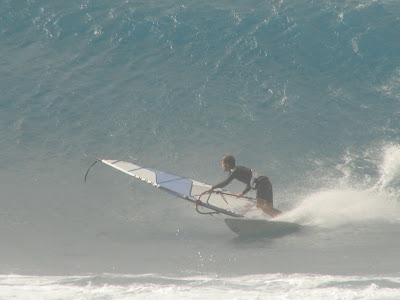 Later on, Ricardo and Patrick entertained us with some scary tales of jet ski failures on a big day at Jaws...
Here's a short clip. The other guy is Brian McDowell, author of beachtelegraph.com, on a short (well, I guess that depends on the Icelandic volcano) business trip.
The Hookipa rocks gave him an immediate warm welcome... nice to meet you brah!


Hey, check this out! Just got it from a webcam... 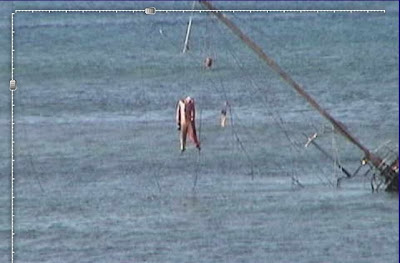 Hey GP great posting even when reporting not so great conditions. I'm curious to know whether Koster impressed you, he seems to be A notch above every body else en Pozo, could he learn how to kill it in Hookipa too?

Well Hookipa and Pozo and probably the opposite, I'd say.
Different tack, different wind angle, different wind intensity, different waves, different everything...
So, he definitely was not standing out the way he does at home.
But he was sailing good enough and he's only 17, so he just needs to practice more in these different conditions.
He did impressed me one day I saw him at Kanaha with some strong onshore wind. He was throwing forwards off the lip! And that shows how good he is at jumping with the left foot forward and how used he is at wave riding with onshore winds.
He also impressed me with his body structure. Our Maui kids (Kai, Bernd, Connor, etc..) are not as strong as him.

You were born to stalk GP!

Hey Iceland doesn´t only have volcanos. Here is some surfing as well..