As I said, I had an afternoon shift yesterday and I could take photos only till 1.30.

That means that most pros were not in the water a the beginning, waiting for the wind to fill in better. Plenty other "normal" sailors took advantage of the relatively uncrowded waves, hence the title.

Well, not too bad as a team B, if there's guys like Glenn in it. Here's a mini sequence of him.
Let's start off with a backloop on the first wave out. 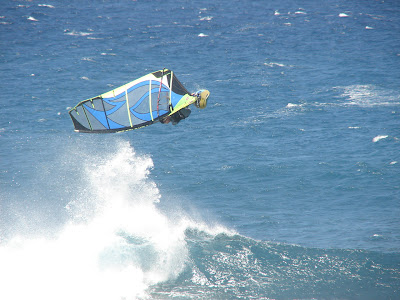 Then he did this on the first wave one he caught. 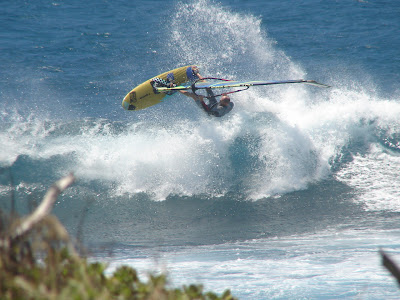 Then he didn't find the right ramp to jump, so he threw a beautiful jibe on the wave to head back in again. 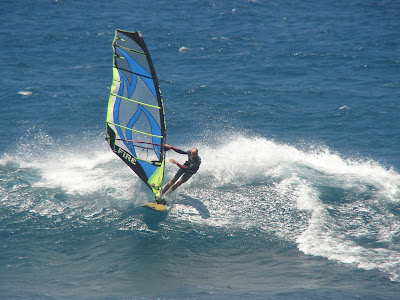 And then he threw a sweet table top. Not a bad start of a session. 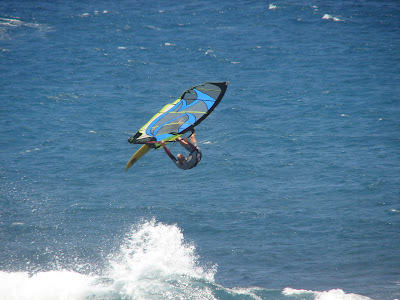 Here's the other photos in chronological order.
Ian from Switzerland. 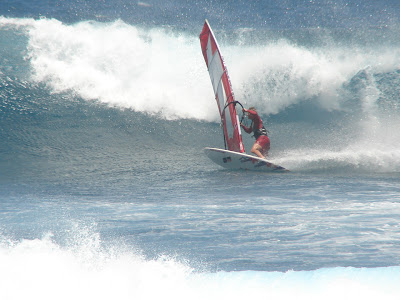 Elena leads the "first one in, last one out" ranking. 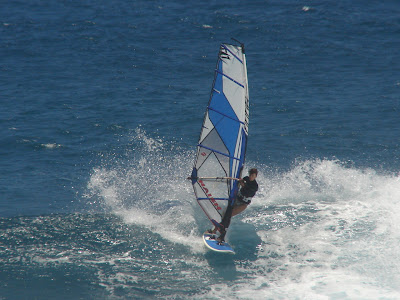 Here she shows us her lovely zebra bikini. Grazie. 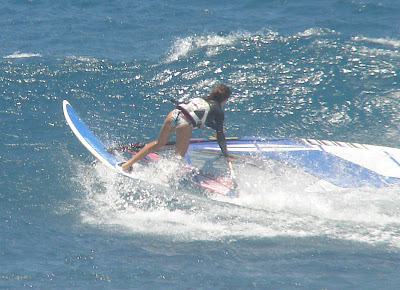 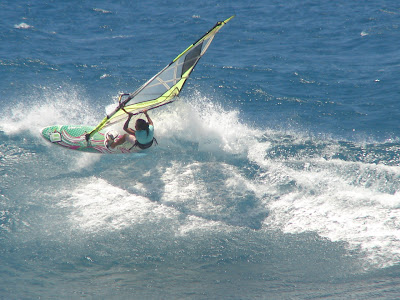 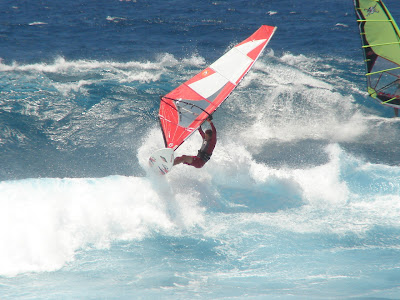 There we go: first pro out Boujmaa (testing an Angulo custom) immediately steals the scene. 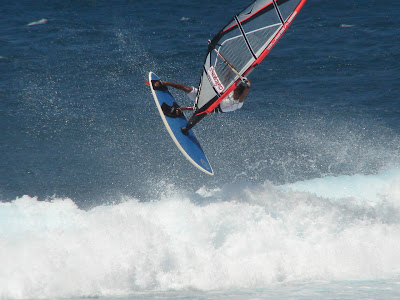 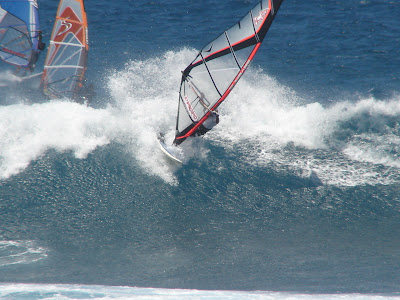 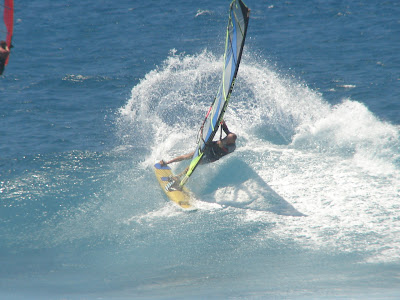 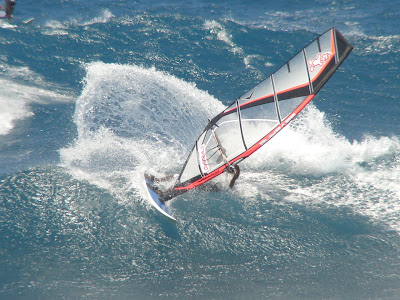 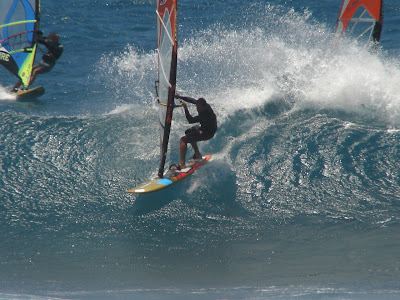 Boujmaa. Looks like as soon as he reaches one meter in height, he automatically jibes the sail... 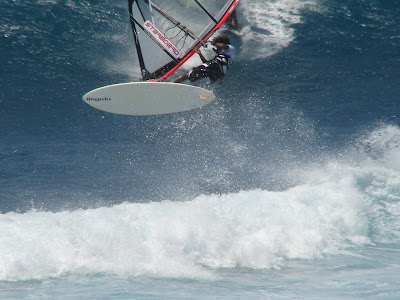 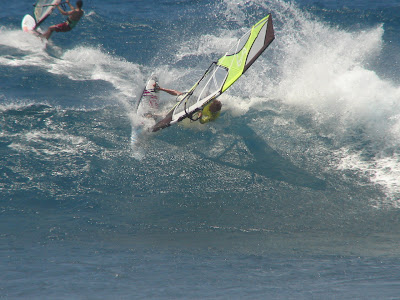 Didn't really like to leave the beach when all the pros where about the get in the water, so I decided to keep my morning shift today (sorry Russ), so that I could be at the beach in the afternoon. Waves are on the way down though, but there's still something left.
New moderate NW swell on the rise on Monday and Tuesday at around 5 feet, which usually translates into some logo high sets at Hookipa. Pretty westerly, expect smaller waves at Kanaha.
Exactly at the same time, a comparable size S swell will peak, I may decide to go take some surfing photos instead.
Posted by cammar at Saturday, April 24, 2010

best post ever last week !
I think Boujmaa Guilloul is going to try air 360 in to forward loop ! please focus on him or maybe ask him some about it !
bye bye super GP !
A

I haven't seen him trying that yet, but I wouldn't be surprised...

look this nice video ... boujma minute 5.06....I'm sure will be the next move of the year! http://www.youtube.com/watch?v=kzqJtPLzrqU&feature=player_embedded#!