Not much to report (onshore and rainy all week here), but tons of links in this post.

Le me start with Brian McDowell's Windsurfer International Magazine. Some of the links below are from his beachtelegraph.com.

Lately I ran into Sean Aiken videos and loved each single one of them. His latest windsurfing one is the best GoPro windsurfing video I've seen.
Never been a big fan of top of the mast mounts for wave riding, but I radically I changed my mind when I saw the one shooting towards the clew with the sail right in the middle (last two waves for example).
It takes a lot of time to mount the camera in all those different spots and to edit all the clips, so thanks a lot to Sean for doing that. I'm very impressed.
Love the other ones too. Sure he's a guy that likes toys...

Francisco Porcella's Jaws ride with a GoPro on the front of his board.

Randy of Standupzone.com got himself a new camera and took some photos of his old passion windsurfing. Some really sick shots. Scroll all the way down.

Talking about sick shots, did you guys see Francky's shot with the ghosts windsurfers? Unreal.

Dave Kalama's blog is a great place for improving your paddling technique.

And since I don't like posts without photos, here's a question for you:
What do you think Kauli does on an standup board?
Easy... he rips. 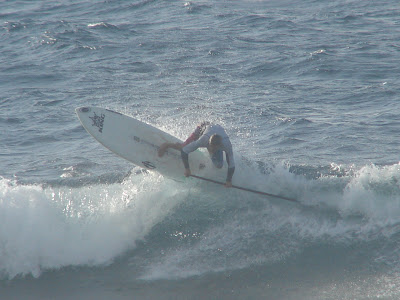 See how he uses the paddles at every single turn?
We all know that standup boards can move around better than regular surfboards and can catch waves earlier thanks to their faster speed, but once on the wave they can't rip as hard because of their bigger volume... unless you use your paddle as a compass (the one to draw circles) to lean into your turns. 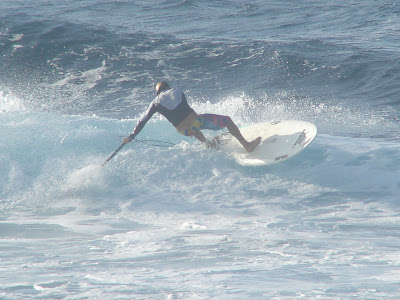 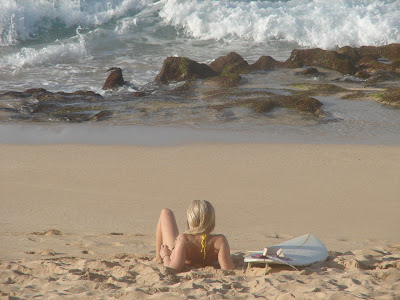 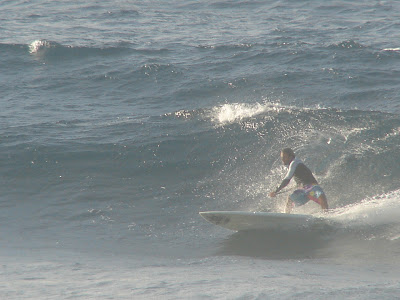 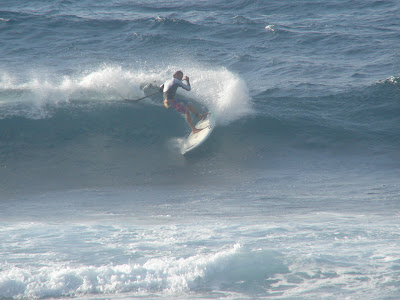 When was this? March 26th... a day that saw the death of a couple of surfboards... 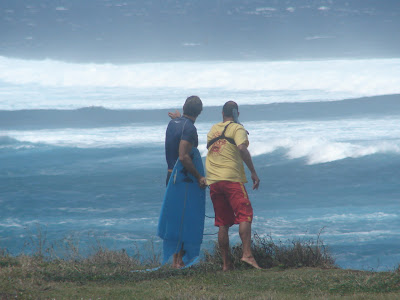 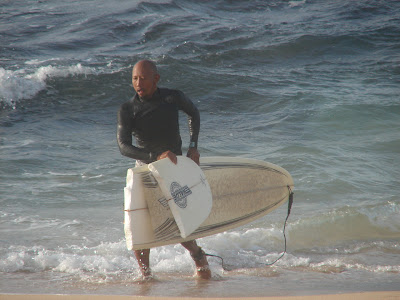 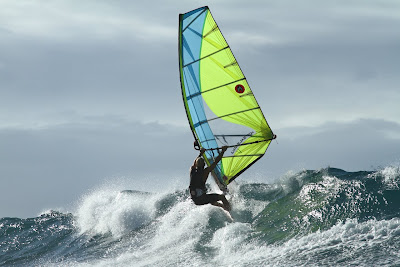 Video of Scotty and Boujmaa in West Java.

Unfortunately for the first, the forecast for this Saturday calls for a 9 feet, 10 seconds NNE swell that will make the shorebreak and waves at Hookipa quite challenging for the ladies.
But Tatiana has plenty backup plans, so just go to the registration and see what happens.

A bit of music: my friends Pio and Gretchen recorded a couple of tracks now for sale on iTunes.

But the musical phenomenon of the moments remains my song Sail!
A cool new feature of youtube is that if you click on "views", you can see the websites that linked that particular video.
That's how I found this greek forum thread from which (thanks to google translate) I report the comment of a user called Navarino:
giampaolo is just incredible! this guy is the definition of live my dream until the end of it.

Last, but not least, a great profound video.
Posted by cammar at Wednesday, April 14, 2010

:-) that Swede movie was super cool! You are a true hero GP. First of all hi again, and super thanks for all your nice posts about "everything is possible chapter 1-6". You write well and it is a joy to read. Maybe you should write a book now? So sorry to read you have broken your foot, but as I understand you do the best out of it, now times for more pictures more posts and more links in the posts. Agree about the ghost picture, it is amazing. Say hello to everybody from me ! :-) Tormod

we featured Sean Aiken as river ripper of the month a while back.
check it out:
http://river-rippers.net/modules.php?name=Your_Account&op=rr_of_the_month&uname=windsurfer

Butterfly effect is this Sat the 17th. The molokai race is next Sat.

thanks for all those great links. It would be great if you did a post like that every so often. Love all the cool web content you found.

Thanks everyone for the comments.

The swedish movie "customization" was actually made by an italian friend of mine...

Kevin thanks a lot, I corrected that. Good for those paddlers... it would have been a dangerous crossing in those conditions. Hopefully next saturday it will be more favorable.