Pavils yesterday morning had some juice. 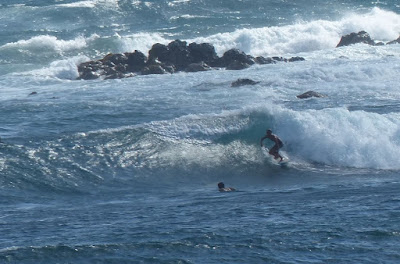 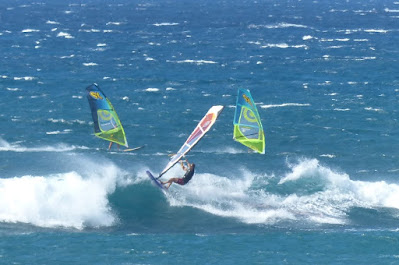 Hookipa late afternoon. The kids on the wings stole the show. 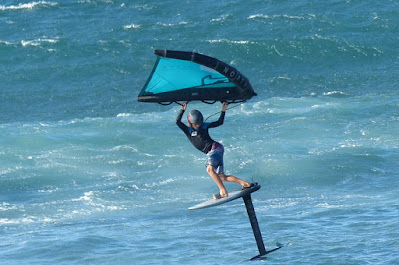 This one on Armstrong gear (Hi-Tech just put a 3.5 wing and a 1550 foil in the rentals) was jumping like a grasshopper and landing back on the wave every time. 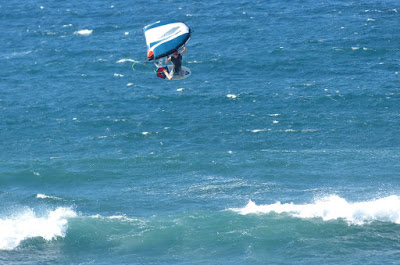 They left for a downwinder and he kept carving and jumping the whole way. I did a short one myself, but I changed footstrap position compared to last year in order to preserve my hips and I haven't found a satisfying setup yet. The occasional overhead set at The Point. 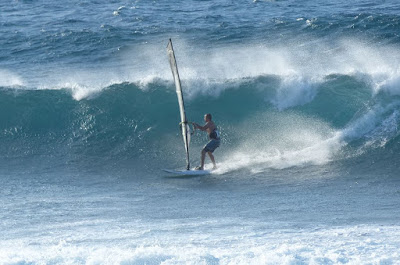 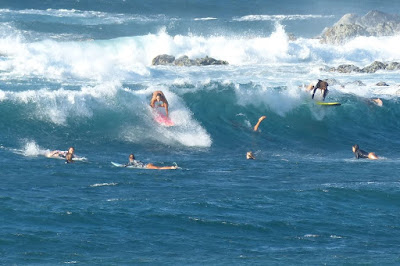 One thing that spot teaches you is to surf between people. 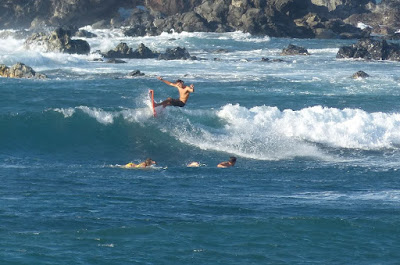 As noted in the 6.30am beach report posted earlier, Hookipa is chest to head high and eastern exposures are probably bigger than that. Going to get bigger mid day when the trades are pumping.

The 4.4ft 9s from 50 at Pauwela is the energy that was generated in the back of fetches (further away) we saw in yesterday's post. The 4.2ft 7s from 61 energy is the one generated in the front (closer to us).

Check out the fForecast and energy spectrum of Pauwela from this PACIOOS page. The blue arrow shows the current elevated windswell. The red arrow is the very small energy predicted to arrive from tropical storm Felicia (tiny little fetch in the fetch map below). 1ft 12s from 91 are predicted to arrive on Tuesday 20th together with the local windswell at 8.5ft 8.6s from 72. In other words, Felicia's swell is going to be unnoticeable on the north shore. Maybe some lines in Hana or on the Kaupo side.