Couple of empties from yesterday. Maalaea at sunset was just starting to pick up. One guy out. 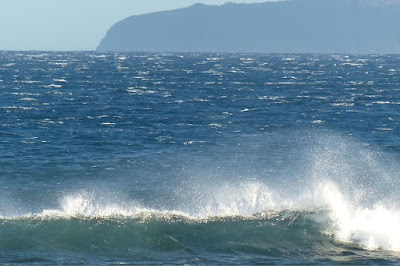 Hookipa had some head high windswell waves. One guy out. 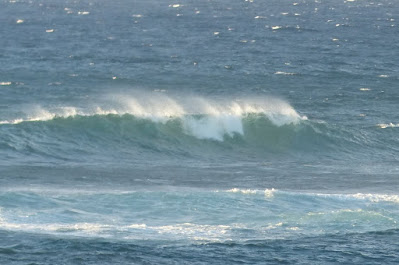 Feels wrong to only post empty waves, here's a photo from the Indo days. The caption was:
today was a day in which the total amount of stress I had could be used in physics as a definition for the "absolute zero".
This is one of the many beautiful walls of water I got to ride and I like this shot because it shows the beach and the guy hitting the lip for his closeout re-entry. 99% of the waves here, you have to judge if and when the guy that's riding the wave already is going to be shut down. Which is a skill of its own and I'm getting better at it.
Tomorrow's wave forecast stays good, while the stress forecast stays flat.
Been pretty low since then. 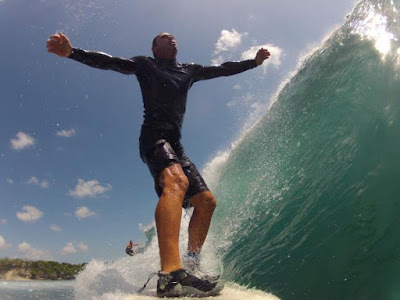 South swell at 2ft 18s at 2am, slightly under the the PACIOOS forecast below. It should continue to build throughout the day.

Forecast and energy spectrum of Lanai from this PACIOOS page.

Check the Lahaina webcam if interested, for size, conditions and consistency. A HSA contest should be on at the Harbor today and tomorrow.

Windswell went up a notch (specially north of us). Home guess for Hookipa is chest to head high and sloppy. 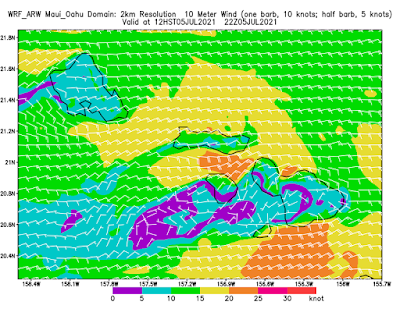