No waves, no worries! That's when the winging kicks in. Kanaha yesterday, after a finally fun downwinder. I just had to put the footstraps back where they were last year and the magic immediately returned. Incredible how sensitive everything is on a foiling setup. 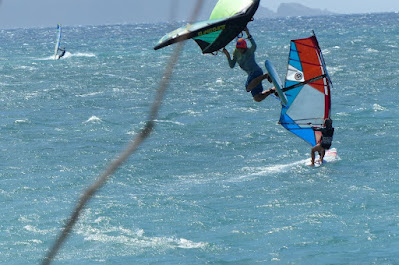 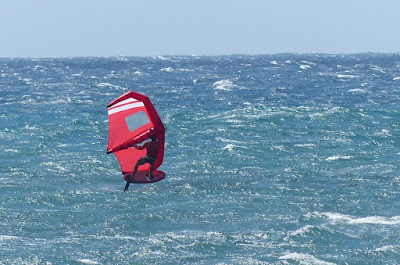 Kane and three other kids went downwinding on prone foil boards yesterday at sunset. They probably launched catching a small wave at Hookipa and down they went. Fast. Here's one of them with Jason winging in the foreground. 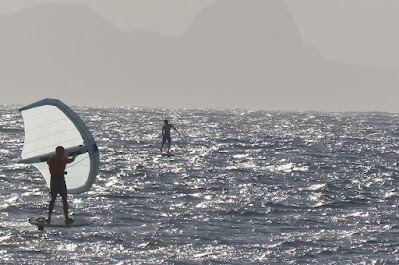 1ft 15s from SSW? Hang on, where's that from? Probably from the Tasman Sea weak fetch circled below in the map of July 20th.

Unfortunately, there's not really much in the water. There might be sets, but they're going to be painfully slow. I hope those guys brought their coffees. Check the Lahaina webcam if interested, for size, conditions and consistency. 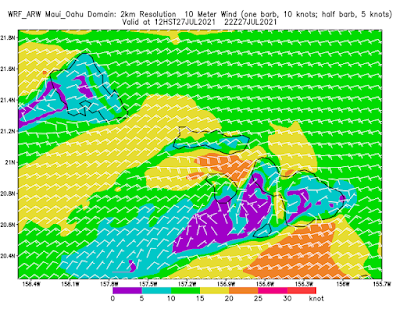