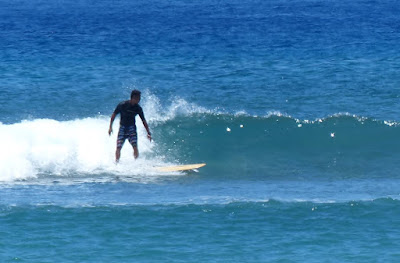 Lanai shows a nice amount of 14s energy. Let's see how Pat Caldwell described the evolution of the fetch:

A low-pressure pattern S to E of New Zealand 7/7-10 had two wave generation phases. The first was has filled in to Hawaii 7/16 with the second one on its heels expected to be bigger.

The first phase had too narrow of a fetch for the strongest winds in the middle gales 7/7-9 hugging the east side of New Zealand. NOAA southern buoys 51002-4 midday Friday 7/16 show a rise in the 14-16 second band energy since late Thursday 7/15. This phase should peak overnight locally near average.

The second phase set up as the low-pressure center moved east enough to allow the fetch width to increase 7/9-10 to the SE to E of New Zealand. The pattern moved east of the Hawaii swell window 7/11 so the event should be short lived. Winds stayed in the middle gale range, which alone says Hawaii surf potential at around a notch above the summer average at most. The winds at the source need to be much stronger (severe gale to hurricane force) to get an event like the one locally of 7/5-8.

Below are the maps of July 9 thorugh 13 that will help follow.

Windswell continues, home guess for Hookipa is around chest to head high and sloppy. 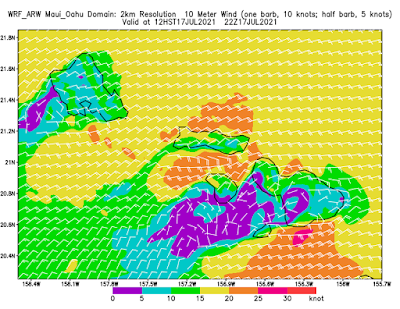