No photos from yesterday, this is an image that was just posted by OneMoreFoto: Matt Meola being filmed by Albee Layer last winter. He landed that. 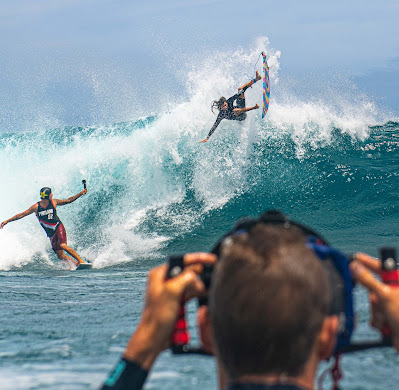 I was hoping to see some 22s readings this morning, but there's none yet. I think it actually may  already be in the water, but it's still too small to be registered by the buoys. The new swell should start becoming visible during the afternoon, but the big days are Monday and Tuesday. Below are the maps of June 26 through 30. The fetch originated in the Tasman Sea, but it was when it crossed east of New Zealand that it produced the most amount of energy for us (on the 28 and 29, third and fourth maps).

Below is a collage showing how the swell peaked at Samoa around 7ft 18s on Friday morning. The red dotted line is how it should rise locally during today and on the right is the Surfline forecast that sees it peaking tomorrow at 3ft 18s. 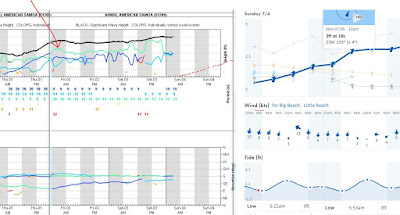 Meanwhile, 1.6ft 15s is not a bad reading at all, check the Lahaina webcam if interested, for size, conditions and consistency.

The small NW swell didn't do much at all locally, as it's all about the easterly windswell. Home guess for Hookipa is belly to chest high and sloppy, bigger on eastern exposures.


Wind map at noon. The other ones can be found here (click on animation of the 10 meter column). 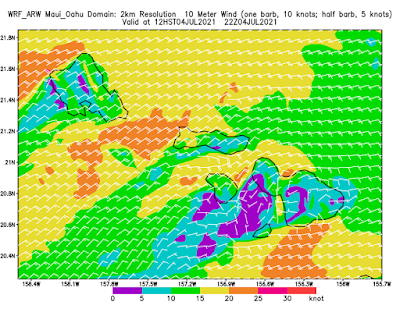