A SUP foiling session for me yesterday. I was in the water with Nate, who is the South African kid who can catch as many waves as he wants staying on the foil. In this video, for demonstration purposes, he caught 50 and he surfed them very conservatively... he rips a lot harder when he's free foiling. I managed to watch it all, but I had to stop half way. My legs were burning...

Still decent numbers at the buoys, south swell seems to be hanging in also for today. I had a late start, I might go Lahaina side mid morning and report. In the meantime, it seems like a bit of an average day at Ala Moana, so keep your expectations low, as Oahu always gets more size than us, because they're not blocked by Kahoolawe. 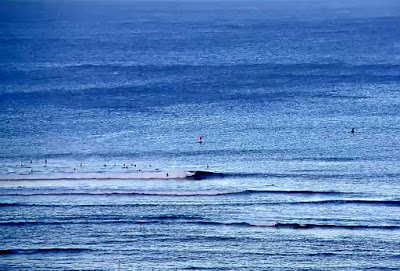 That's the windswell on offer today. 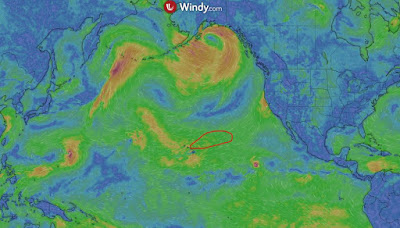 South Pacific's fetch from the last three days is now aiming at the Americas (circled in blue), hopefully we'll still get a bit of angular spreading in a week, at the end of the swell that will start on Tuesday. Next week should be decent on the south shore. 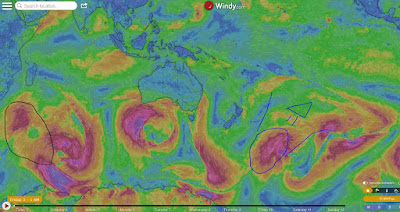 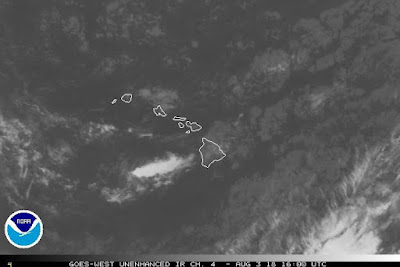