A SUP foiling session for me yesterday. No photo of the day, here's an image of Ben Thouard: Kevin Bourez driving through the barrel in Tahiti. 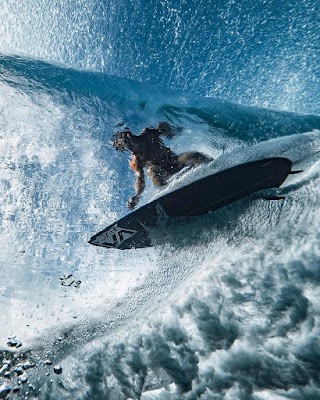 South swell slowly going down more in period, today the size should be pretty marginal, mostly flat with some knee high waves. I introduced a downwinder oriented modification in the footstrap insert placement on my SUP board and I might drive Lahaina side nonetheless to test it. If I do, I'll report mid morning. But I'd like to see at least a set at Ala Moana first, and I haven't seen one yet in 15 minutes. 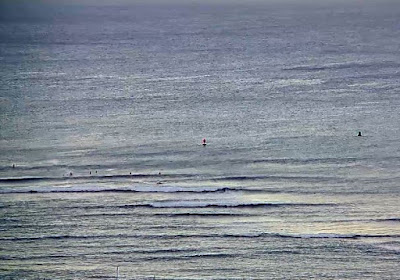 Still pretty solid numbers for the windswell, which should decrease tomorrow.

North Pacific map is very interesting. Once again, there's three fetches aiming at us:
- a WSW one associated with a typhoon with a funny name that will travel towards Japan and then curve back into the NW corner and develop into a wider low that will send a proper NW swell on 8 17. Nothing major 94f 15s), but for sure unusual for early August.
- a N fetch
- the windswell fetch
I also drew the predicted tracks of a bunch of storms forming in the warm waters off Baja. Hurricane Hector should travel south of us, all the other ones should move NW and end up in colder water and dissolve. 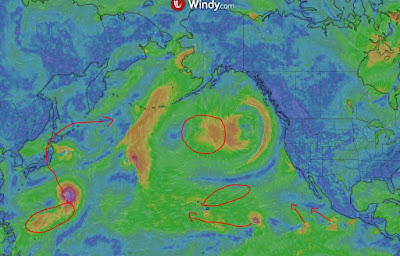 South Pacific has a small fetch N of New Zealand and a bigger/stronger one E of it. 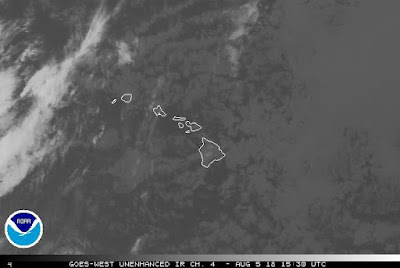