Two shortboard sessions for me yesterday. In a day in which I tightly packed also a windfoiling lesson and a 4 hours work shift at the shop, I somehow also found the time to take some photos. The secret is the early start and being organized. My 10.30am report said:"there's head high sets everywhere". Olowalu was no exception. 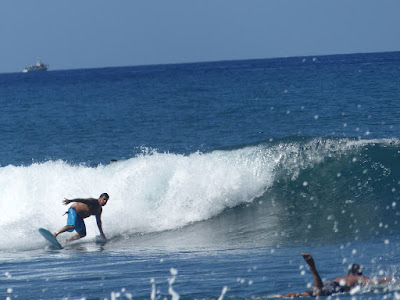 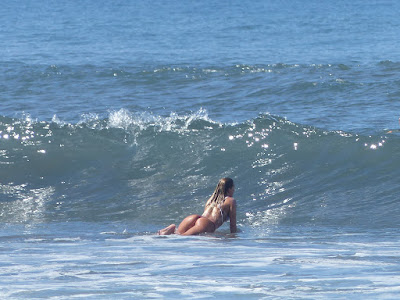 Wind conditions were excellent during the half an hour that I was there. 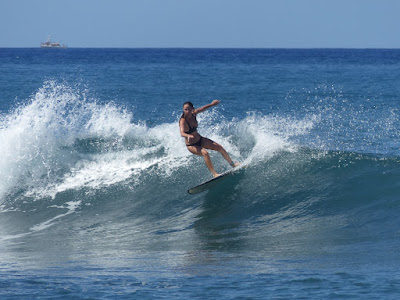 A view worth leaning in for. 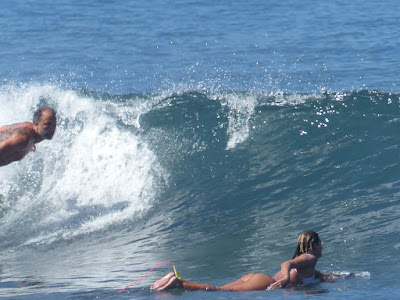 Before we enter the discussion of the regular swells, let me invest a little bit of time to comment on the "big hurricane swell" everybody is expecting. Hector will generate waves for us only when it will be in a position that is not blocked by the Big Island. That will happen around 8pm tonight, according to the predicted trajectory below. I estimated the distance at 300 NM. Assuming that the period will be around 10s, those waves travel at around 15 knots, so the time to reach us will be about 20 hours.

That makes for Thursday late afternoon. In the meantime Hector will continue its track and my guess is that for places like Maalaea, which have a very narrow window (please check the epic post Buoys to Maui travel times and Maui's shadow lines for details), the energy might possibly only last like 12 hours. Lahaina side will last longer. How big? That's extremely hard to tell, as it depends on the intensity and size of the fetch in those particular moments, but it might get up to 15 feet 10s. We shall see. 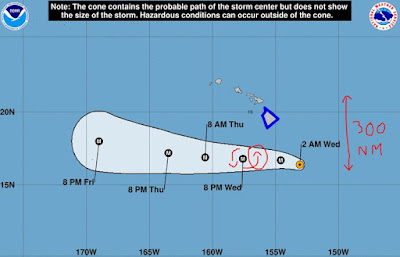 I didn't report the outer buoys because they're too influenced by the Hector swells. As discussed above, the south shore won't be affected by that just yet today, so above are the promising readings of the current south swell. Big difference once again between Lanai and Barbers. It should be another waves filled day in Lahaina, I'll report pretty early.

3.7ft @ 12s from 66° (ENE)
3.5ft @ 6s from 45° (NE)
I got reports of logo high waves at Hookipa from a rental customer, but it looked more like head high when I quickly checked it at sunset. For sure there will be plenty waves also today with those readings. The first one, comes from the fetch N of us we've observed in the last four days. 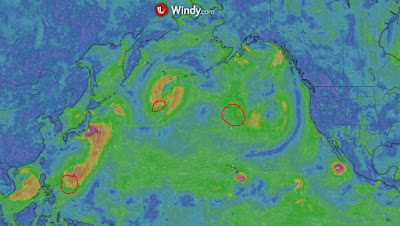 South Pacific has a minimal fetch S of the Tasman Sea. Small days ahead starting mid month, I think I'll be off to Indo. 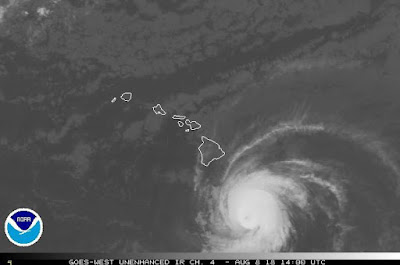 thanks for great updates ;)