SUP foiling downwinder attempt n.13 for me yesterday. I did a video to illustrate the awesome struggle I'm experiencing trying to learn this extremely difficult discipline.

Windswell comind down as predicted for today. Tomorrow there should be the first signs of the energy coming from that north fetch we've seen in the last couple of days.

North Pacific still has the three fetches it had the last couple of days:
- WSW from the typhoon S of Japan
- N between a high and a low in the gulf of Alaska
- the windswell fetch. 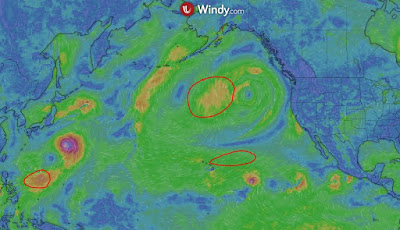 South Pacific only has a weak fetch N of New Zealand 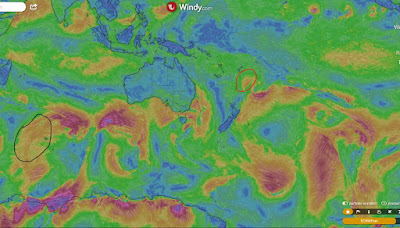 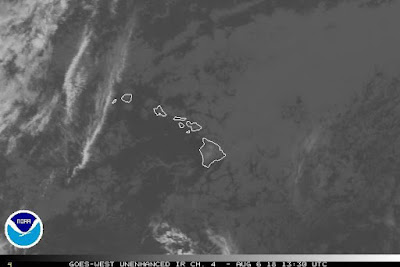