A prone foiling session for me yesterday. I do that, when some body pain doesn't allow me to do the SUP foiling which I keep preferring. Here's a couple of fellow proners making good use of the waist high waves of the Lahaina side. 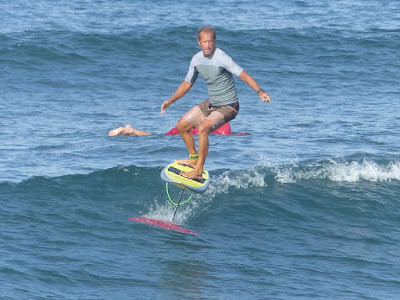 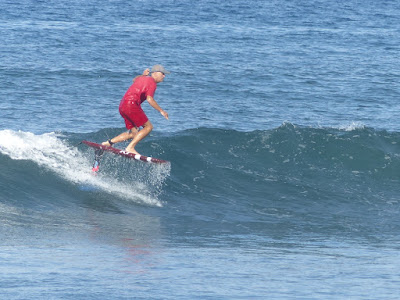 The wind on the north shore was extremely strong and a bunch of SUP foilers used it for their downwinders. On my way to my body mechanic (I needed a couple of adjustments), I was lucky enough to drive by the harbor just when Kai Lenny was pumping his way to the boat ramp. Obviously I had to bug him with some questions. 35 minutes from Maliko, new unofficial record.


Here's another fellow foiler in the lovely afternoon light. Until now, an ocean like that would have struck me as wonderful but horrible for all the disciplines that I do and like. Now I see it in such a different way: thousands of valleys and peaks to play with. 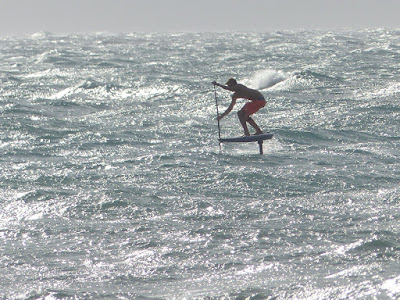 Earlier in the afternoon, the windsurfers at Hookipa enjoyed the wrap of an increased windswell. Photo by Jimmie Hepp from this album. 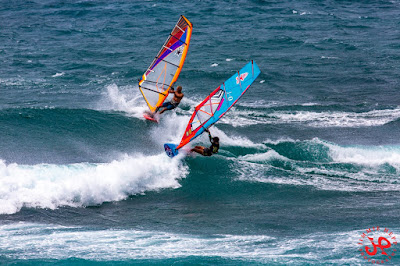 This movie will be on for free tonight at the MACC at 7.30. 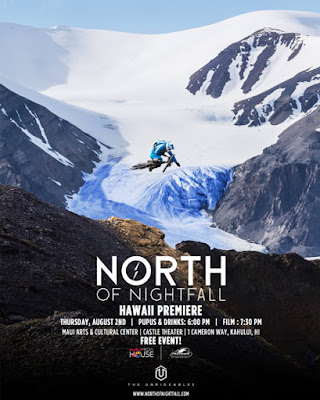 If one would base his surfing decisions only based to the buoy readings (which is still better than just going to the beach completely unaware of things), this might seem like a good day. But the buoys don't tell the whole story. One thing they don't tell, for example, is the consistency. That's why it's important to check all the possible information about the source of the swell. Here below is the maps of July 26, 27, 28 and 29, from which you can tell that there's isn't too much to be excited about. Sure, there's waves, but nothing major, since the fetches were relatively small.

Today might still be the best day of the week though, and that seems to be confirmed by the Ala Moana webcam where I caught this good size set. Plenty flat spells in between though. I'll report from Lahaina when I get there later in the morning. 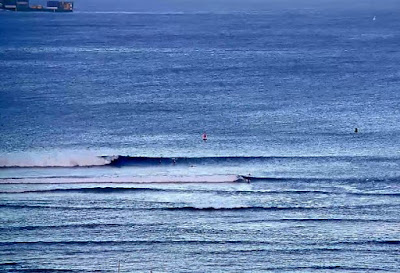 North Pacific continues to offer the windswell fetch. I put an arrow on hurricane  Hector which is predicted to track south of us and possibly send a ver short lasting but intense ESE swell that Surfline sees peaking Thursday 8 9 at 15f 10s from 110. It's gonna change a hundred times before we get there, but if it stays like that, it'll be fun to try to tackle whatever doesn't get blocked by the Big Island. Models also have a proper low developing in the NW corner and sending us a 3f 16s NW swell around mid August. Way too early to get excited about both of those episodes. 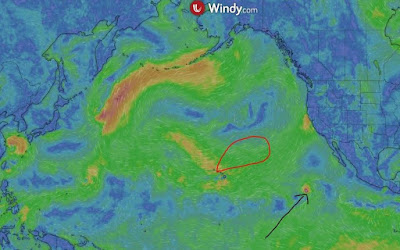 For my own personal interest, I'm going to continue to include the Indian Ocean in the fetches map of the Southern hemisphere and circle the good Indonesia fetches, until I leave. Today's one is pretty strong. But we also still have a decent SSE fetch in the South Pacific partially oriented towards us and a new small and weak one in the Tasman Sea. 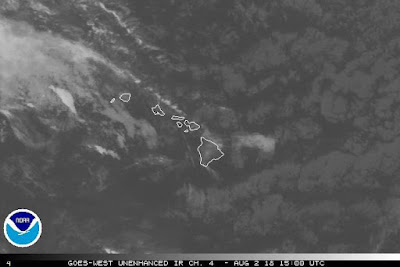