A longboard session for me yesterday, as my back pain was a lot better and Thousand Peaks was too glassy and beautiful to pass. This is my coworker Ayako on a small one. There were sets up to head high. 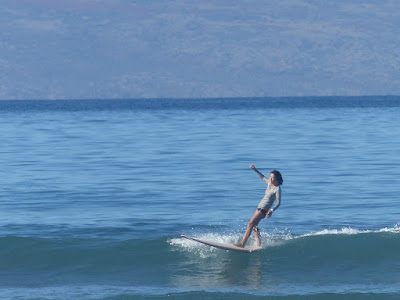 This instead is Keith Teboul foiling by himself away from the pack of surfers at sunset at Hookipa. 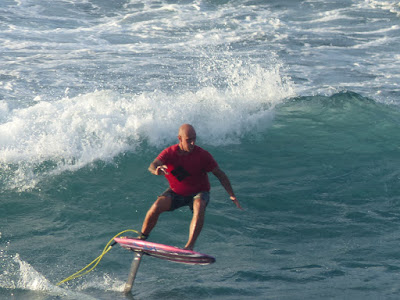 South swell still up at the buoys, gonna be another beautiful day of surfing on the south shore. I'll report as soon as I'll get there.

2.8ft @ 7s from 47° (NE)
The very long lasting N swell is starting to decline, but not over just yet. There should waves at Hookipa also today.

North Pacific has mostly the windswell fetch. The low north of the Aleutians is strong, but its fetch is blocked. It'll probably still send a small NW fetch on Wednesday/Thursday (1f 11s predicted by Surfline). 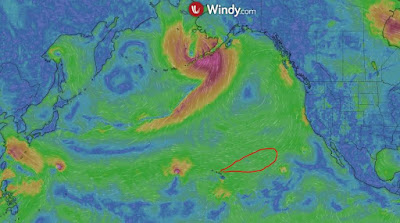 South Pacific has a small fetch in the Tasman Sea that will be mostly blocked by the islands to its north. 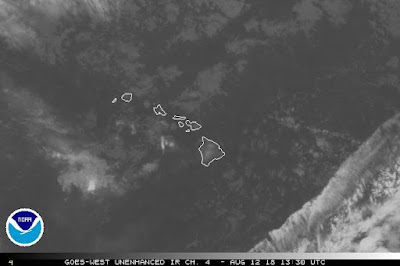