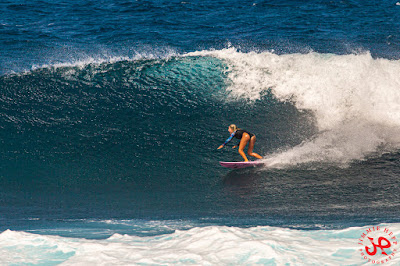 Small long period SW energy at the buoys. Below are the maps of Jan 23 though 25 that show the fetch that I identified as the only possible source for it. Quite unimpressive, I don't think there's going to be much, but it shouldn't be flat. Unfortunately the Lahaina cam is still down, so we don't have a confirmation of that. 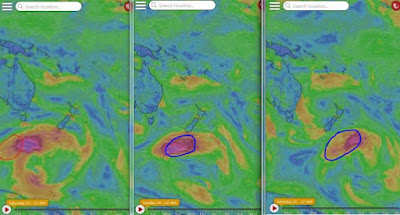 Declining NNW energy is in our waters together with a much smaller windswell (compared to the last few days). The second half of January has been one of the windiest I can remember. Now we have a front approaching and a XL swell on the way, so it seems that February will start with the right foot. Surfing conditions should be finally good again until the wind turns NW after the front.
Home guess for Hookipa is head high and relatively clean in the early morning. 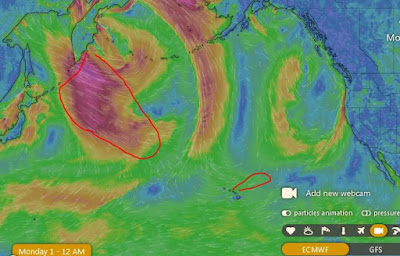 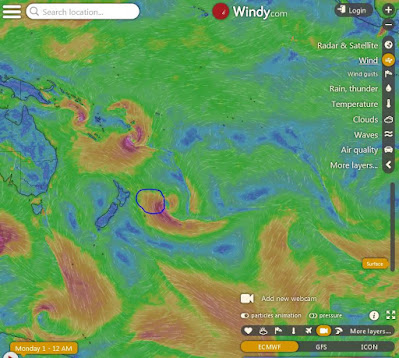 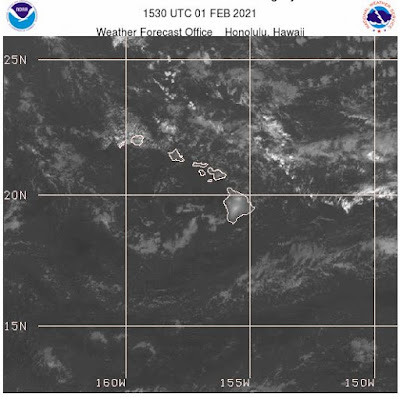 What a Beautiful Morning. You are sharing your daily activities in your blogs. This makes your blogs wonderful .