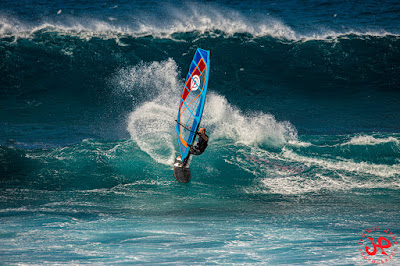 A sliver of long period southerly energy at Lanai, check the Lahaina or Kihei webcams if interested, for size, conditions and consistency.
Below is the map of Feb 12 that shows the angular spreading fetch described by Pat Caldwell in this way:
A severe gale intensified in the austral midlatitudes to the south of French Polynesia at the eastern edge of the Hawaii swell window 2/11-12. Seas grew within 25-30 feet aimed highest at the Americas. Angular spreading could give low, long-period surf locally late 2/19, filled in 2/20, and dropping 2/21 from 175-190 degrees. 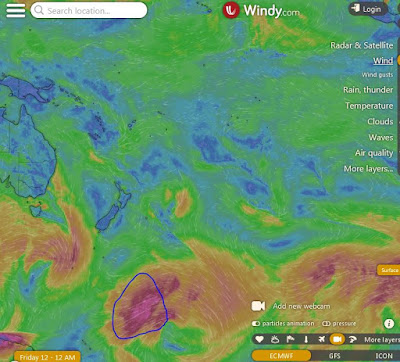 NW energy disappeared at the NW buoys, while still trickling at Pauwela, but the dominant energy is still going to be the easterly windswell. This is explained by Pat Caldwell:
The north Pacific jet stream is feeling the winter La Nina signature again with ridges favoring the NE Pacific and troughs for the far NW Pacific. This pattern set up this week and is expected to hold through next week. Such patterns make for below average W to N surf and above average east surf.

This results in another scary Windguru table. 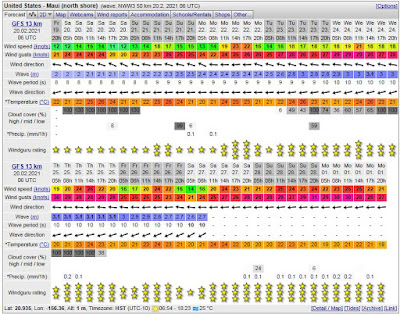 Home guess for Hookipa is around head high peaky waves with a bit of wind. Eastern exposures should have waves too, hopefully with no much wind in the early hours.
Wind map at noon. The other ones can be found at link n.-2 of GP's meteo websites list in the right column (click on animation of the 10 meter column).
N/A 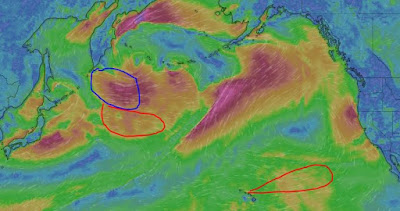 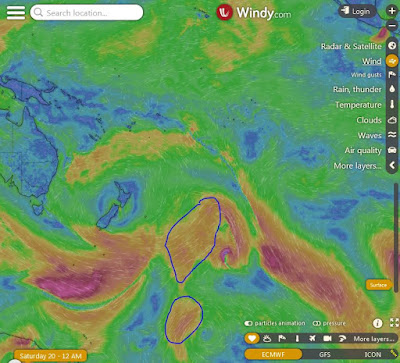 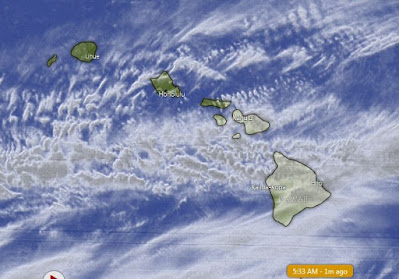