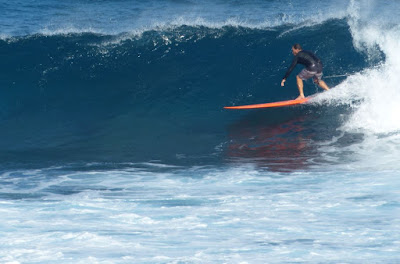 Jimmie Hepp was there later in the day when the Kona wind created some barrels at The Point. This might be the easiest surfer to guess based on sponsor stickers and board colors. I also saw a video of this wave and that was a very deep barrel that would have scored a 10 if it was contest. Kai Lenny, of course. 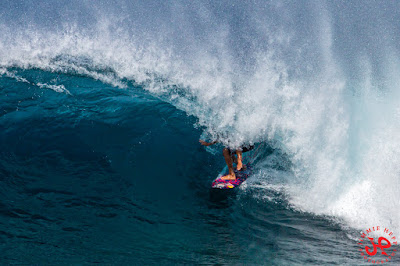 Here's another pick of Jimmie's album. Check it out, a lot of variety in it. 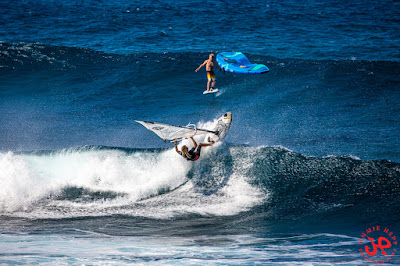 Not much from the south to talk about. That 1ft 16s is a wrap from the west, but it's a lot smaller than last one, so there shouldn't be much in Kihei either. Check the Lahaina webcam if interested, for size, conditions and consistency.

Complicated situation made of overlapping remote and nearby energies again. Let's start with Pat Caldwell summary: Trashy Tuesday but cleaning up there on.

This is his description of the fetch that made for the next long period swell that should be rising all day:
A storm- to hurricane-force, low pressure system occluded in the Kamchatka corner last Friday 2/5 and remained stationary into Saturday. The strongest winds were over a fairly narrow window with highest swell aimed NE of Hawaii. There was a broad area of seas within 20-24 feet about 2200 nm away from Hawaii. This will at least bring surf to the seasonal (Sep-May) average, and likely a notch over at the peak.

Below is the collage of the maps of Jan 4 through 6 that show the fetch (red arrow).

Below are the graphs of NW101 and Pauwela together with the Surfline forecast. The new swell is circled at the NW buoy and a red dotted line shows the predicted rise locally. Surfline has it more for tomorrow.

What really counts is the local wind that should be onshore all day and make for the trashy conditions uncle Pat mentioned. The wind model below calls for a very unlikely bubble of favorable winds with a line of onshore wind just offshore the island. I give this prediction a very low confidence factor. It'll be interesting to see if it happens, as all other models are calling for onshores all day.

Home guess for Hookipa in the morning is head high mixed sources and poor conditions with onshore chop.

Btw, just found out that the Paia Bay webcam is back online and I added it back to the webcam list. Pretty much the only working webcam on Maui's north shore at the moment. Better than nothing... 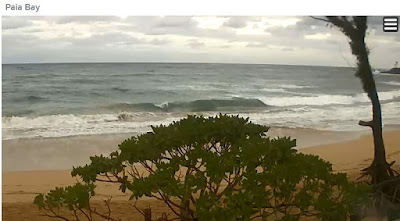 Wind map at noon.
While waiting for the usual wind maps to come back online, here's another version of the same model (noon map) on this PACIOOS page. 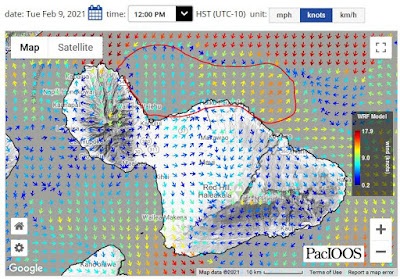 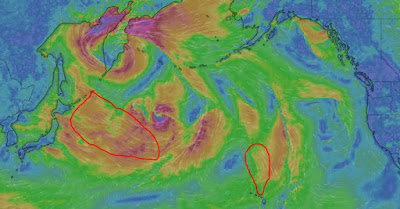 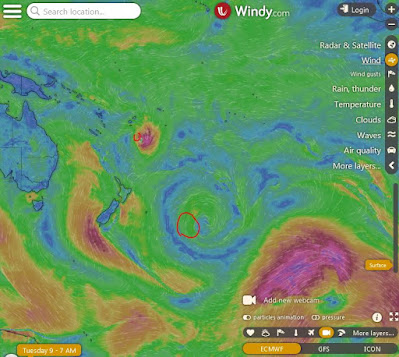 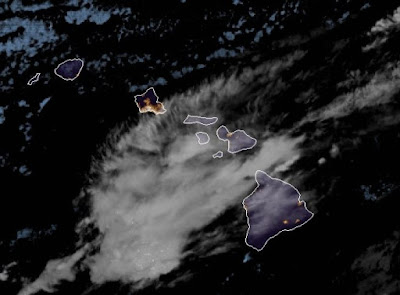 That is an odd wind map. The front is narrow and is closely followed by an upper low which means wind shear. Basically the air is rotating vertically, at least the model thinks it will be. Interesting pattern.