No action shot of the day, this is the Haleakala yesterday evening after the front left some snow at the very top. Photo by Jimmie Hepp. 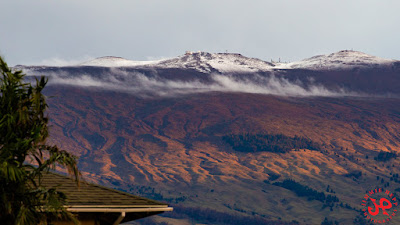 7am Surfline significant buoy readings and discussion.
South shore
No long period southerly energy at the buoys, check the Lahaina webcam if interested, for size, conditions and consistency. There will be some leftover short period waves from the Kona wind, but it looks like the NW wind is getting there too. 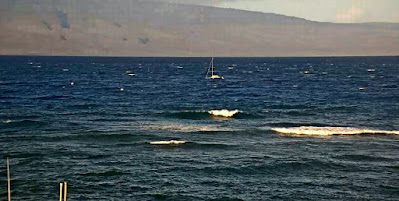 Nothing better than Pat Caldwell's summary to describe the waves we're gonna have in the next few days: Bouncy big stuff.
Remote and nearby sources are expected to overlap late Wednesday into Saturday from a wide directional band of 290-340 degrees, making for less organized breakers.

Below is the collage of the maps of Jan 29 to 31 (already posted 2 days ago). The red arrow shows the remote and long period source that is having a direction of less than 300 degrees at the NW buoys. That's also why it's not hitting Maui as much as up there. The nearby source is shown in today's fetch map below and it's made by the NW winds following the front that just passed over us.

My red dotted guess of yesterday (extreme left of the collage below) was not too far off (some extremely clean head high sets at Hookipa at sunset), but also the Surfline forecast is not as late as I thought it was. All these considerations are purely academic, as the conditions will be "big and bouncy" everywhere due to the NW wind. Seek for sheltered spot (for example, eastern exposures are light offshore as I write). 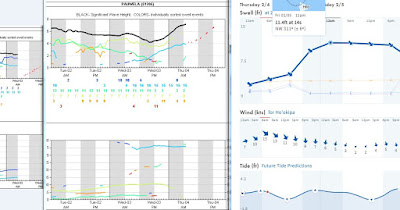 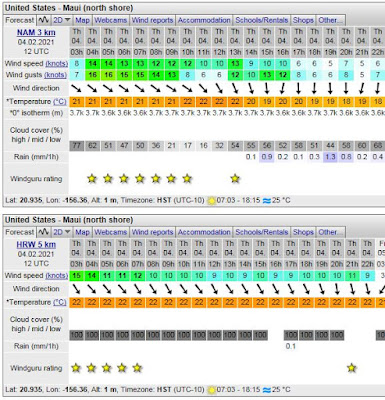 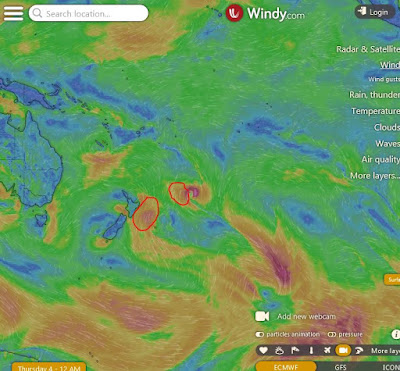 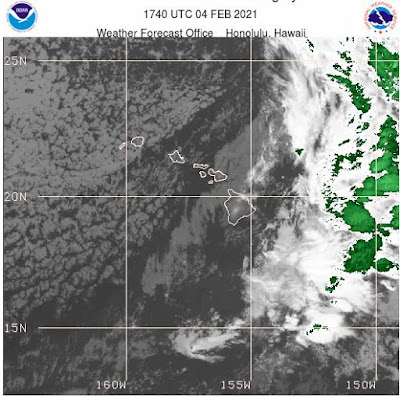