Hookipa started the day with small waves in the shoulder high range. Good enough for the tireless Kai Lenny. I saw him testing foils later in the day. He was catching one wave on his prone board, foil all over the lineup for several minutes and come back in to change something. Such a pleasure to watch! 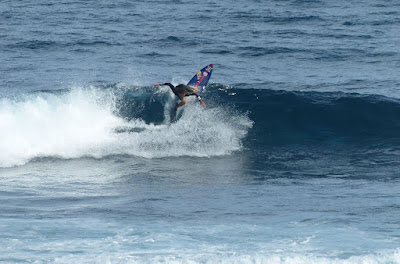 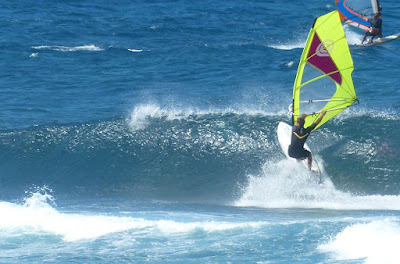 Later on it got even bigger as this photo of Jimmie Hepp from this album shows. 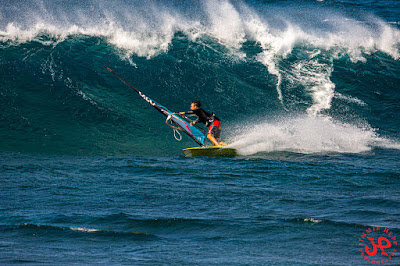 At sunset it was head high again, but a bit of a high 8 with perfect texture. Should be a lot bigger today, but that's discussed below.

Lanai shows some westerly wrap, but it's from 299 so not sure it will make it to the Kihei coast.
Check the Lahaina or Kihei webcams if interested, for size, conditions and consistency.

WNW swell had a first pulse and now it's back up to 17s at the NW buoys. Pauwela should keep increasing all day with a question mark on how much energy will make it to our north shore, due to the westerly direction of the swell. Below are the graphs of NW101, Pauwela and the Surfline forecast. This last one calls for a peak just after sunset, but it could be a bit late. Home guess for Hookipa early morning is double overhead and building, hence too big for most surfers.

Wind map at noon.
While waiting for the usual wind maps to come back online, these are two alternatives: PACIOOS page and Surfline. I've come to the conclusion that I like the old model a lot better, let's hope one day it'll be back. 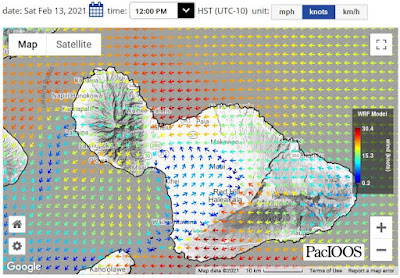 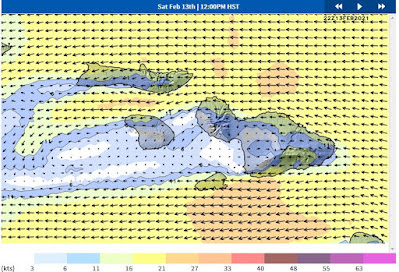 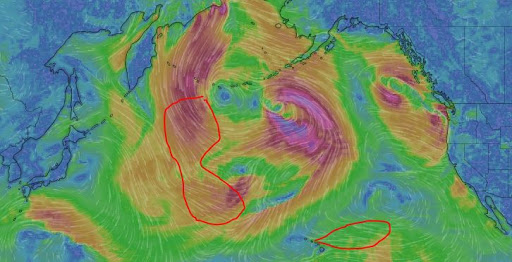 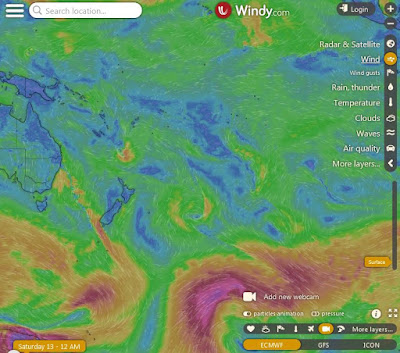 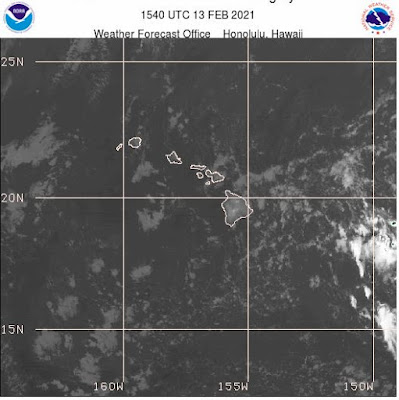 I appreciate your Hard work. Looking forward for more blogs from you.