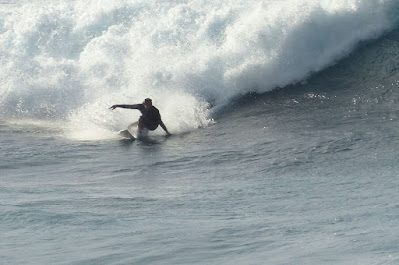 5am Surfline significant buoy readings and discussion.
South shore
No southerly energy at the buoys, check the Lahaina webcam if interested, for size, conditions and consistency.

NW swell peaked during the night at Pauwela (graph below) and should hold pretty steady today with a slow decline in period. Home guess for Hookipa is head and a half to occasionally double and not the best shape due to the many overlapping periods. 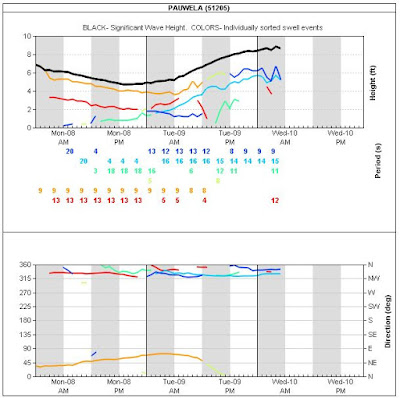 As always, what really counts is the wind. Let's see what's in store for the rest of the week from this NOAA page: A high pressure system moving from west to east, north of the region, will produce northeast to east trade winds through the rest of the week. Wind speeds will decrease into the moderate to locally fresh range through Friday as the high center moves slowly eastward away from the area. Wind directions will veer from the east to southeast by this weekend as a high pressure ridge moves in from the north.
Wind map at noon.
The wind model on this PACIOOS page totally wrong yesterday, so today I'll post it together with an alternative: the Maui High Res model on Surfline. Similar directions for the north shore, but much stronger on the Pacioos model (on the right). We'll see which one is right. 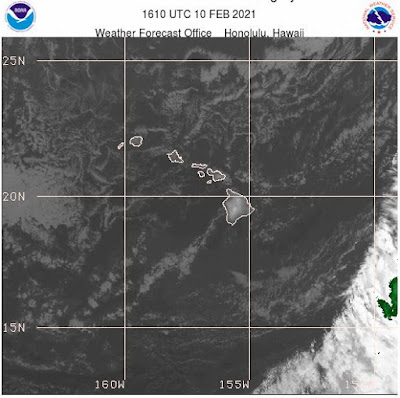