Waves got real big pretty quick yesterday morning at Hookipa, as the NW swell grew more than expected. Albee Layer looked at that possible barrel at the take off, but there was no exit on the other side, so he just made sure to get to the bottom before the whole thing closed out. 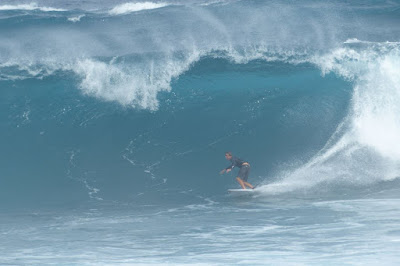 Charlie Smith off the bottom. 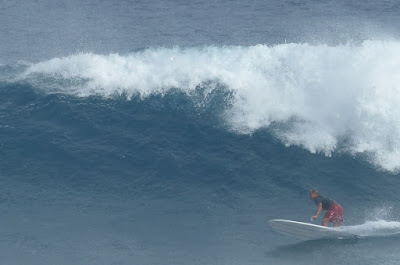 Judging from the comments of the other surfers, it was pretty hard for everybody (the windswell was travelling across the faces). It sure was for me. This one seemed to be going well... 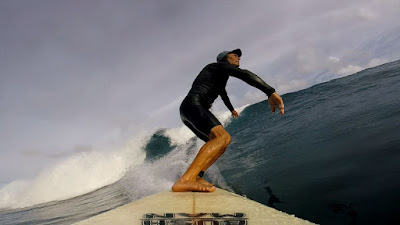 ...until it wasn't going well anymore. Got pinned to the reef on that one. 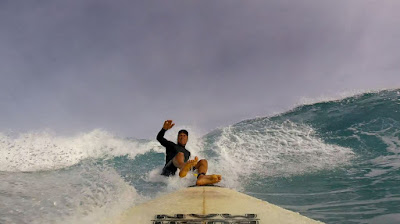 Later in the afternoon, Russ experienced a pretty dynamic tumble that costed him his mast and a long swim. 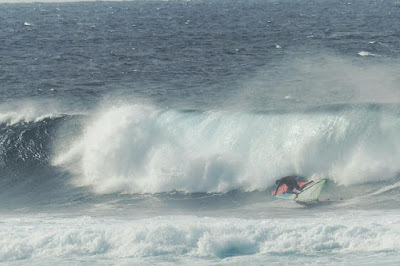 
Interesting 0.6ft at 22s at the buoys, but I couldn't find a possible source for it. Check the Lahaina or Kihei webcams if interested, for size, conditions and consistency. 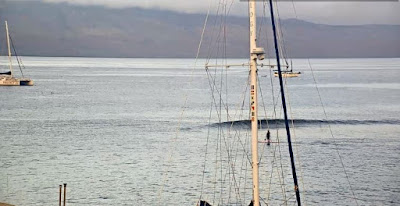 Below is Pauwela's graph on the left that shows the peak of the swell (red circle) mid morning yesterday (buoy went up to 6.5ft 17s, no wonder it was kinda big out there). The Surfline forecast on the right proved to be late once again.

Home guess for Hookipa is head and a half to head and two thirds with not much wind, but not perfect either. I bet Honolua had waves yesterday and it should definitely get something also today, as the swell turns a bit more north.
Wind map at noon. While waiting for the usual wind maps to come back online, these are two alternatives: PACIOOS page and Surfline. 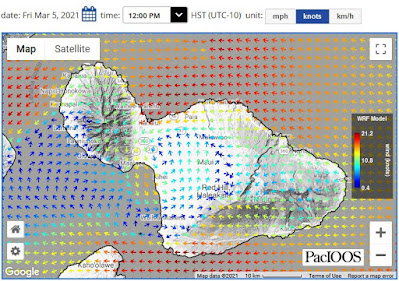 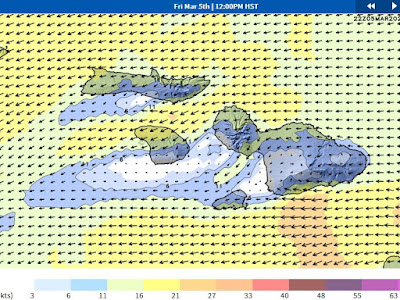 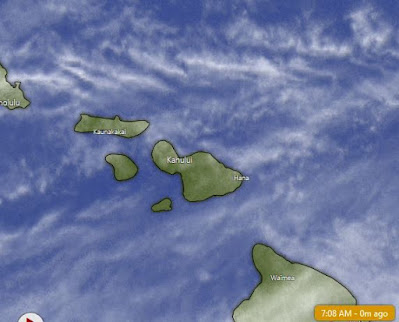