No photos from yesterday, this is Menphis Brown towed by his dad Jesse into a bomb on March 14. 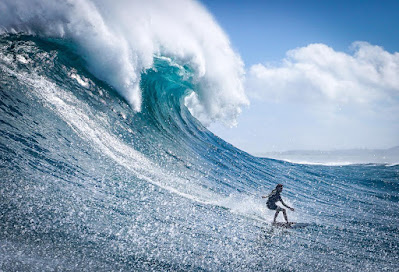 Wonderful 2ft 17s reading at Lanai, but the weak front over Kauai that is blocking the trades is also creating a southerly flow locally and so it doesn't look good at the moment.
Check the Lahaina or Kihei webcams if interested, for size, conditions and consistency. 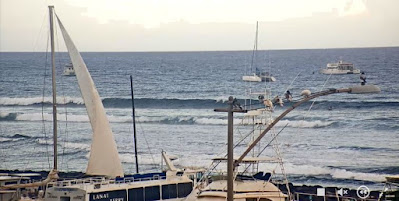 New NNW swell on the rise all day. Below are the graphs of NW001 and Pauwela, together with the Surfline forecast. The swell should reach around 6ft 13s by sunset. Good direction for Honolua, but if the southerly flow continues, the winds won't be favorable over there. Wonderful conditions instead on the north shore. Home guess for Hookipa is around head to head and a half and building. Eastern exposures will have waves too thanks to those 5.6ft 10s from 70.

Graph and forecast of the significant wave height at Pauwela together with its energy spectrum from this PACIOOS page. 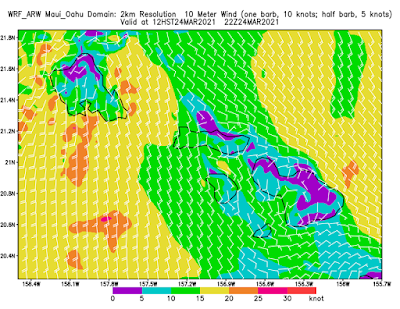 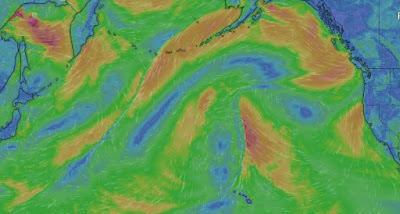 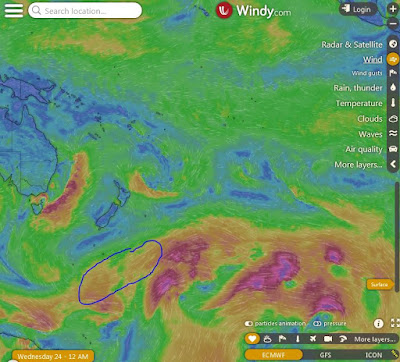