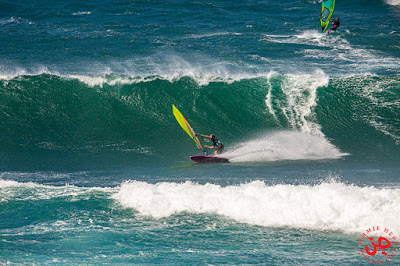 Pretty good readings at the buoys. The 14s energy is from the fetch I posted a couple of days ago while the half foot 20s is the start of a new swell out of a fetch that started in the Tasman Sea (hence the SSW direction) on the 15th and then moved east of New Zealand the following days. Below are the maps of Mar 15 through 18.

Check the Lahaina or Kihei webcams if interested, for size, conditions and consistency. Looks solid. 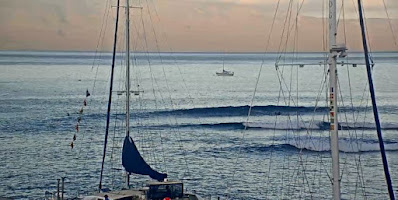 Well, maybe not quite as solid as Cludbreak a couple of days (same swell) in this photo posted by Surfline. 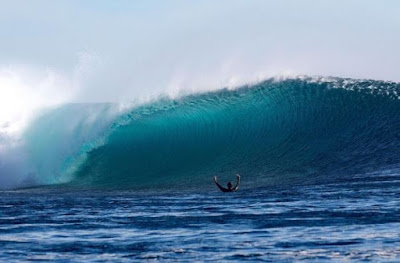 Plenty energy from the E to the NNE at Pauwela. Home guess for Hookipa is head and a half and some trades, but not as strong as the past couple of days. Eastern exposures might be even bigger.

Graph and forecast of the Pauwela buoy together with its energy spectrum from this PACIOOS page. 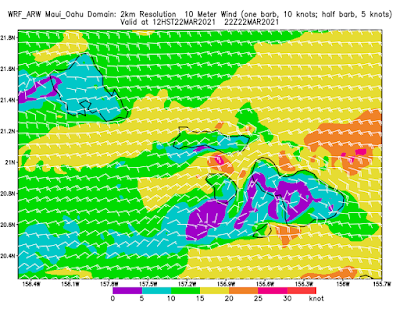 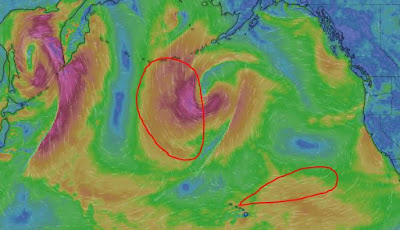 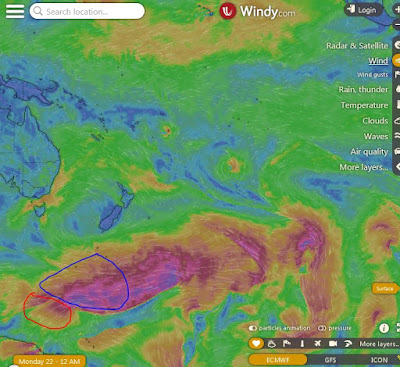