No photos from yesterday. One more image from the mysto spot in that big north swell a couple of weeks ago. Matt Meola. Photo by OneMoreFoto. 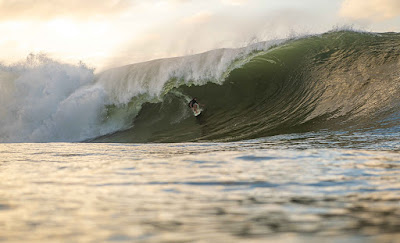 Both buoys showed some 18s energy earlier, so my guess is that a new swell is slowly starting to creep in. This wonderful head higher below might just confirm that, but do check the Lahaina or Kihei webcams if interested, for size, conditions and consistency. 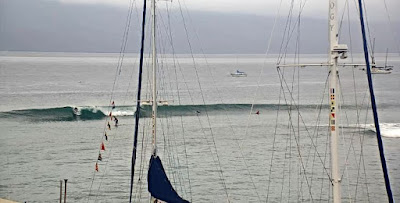 Below are the fetch maps of March 20 through 24 that show the fetch that was pretty solid, even though aiming more at the Americas. Surfline calls for 2.8s 16s for tomorrow and 3ft 15s for Wednesday.

Nice summary from this NOAA page: A couple of very small surf days are in store for the northern and western coasts today through Tuesday. Pauwela still shows small NNW energy and the readings at the upstream buoys make me think that it should linger around through all day, although on a decline trend. Home guess for Hookipa is chest to shoulder higher and windy. Bigger on eastern exposures, thanks to those 5ft 9s from 77.

Graph and forecast of the significant wave height at Pauwela together with its energy spectrum from this PACIOOS page. 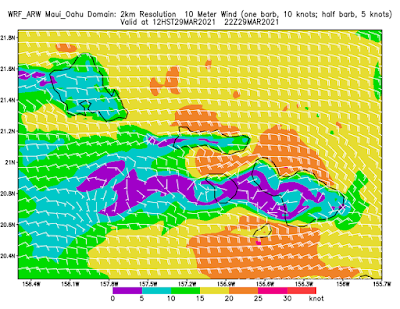 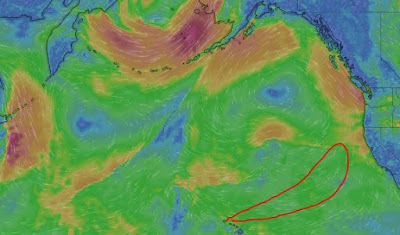 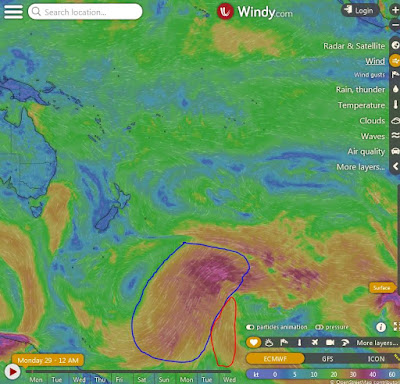