Went Makena side yesterday, here's a few shots I took before being massively skunked by a shift of the wind. 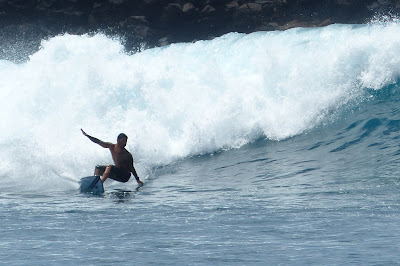 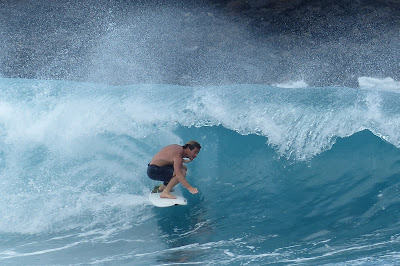 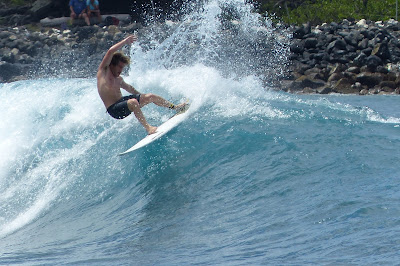 South shore is pumping. Check the Lahaina or Kihei webcams if interested, for size, conditions and consistency. 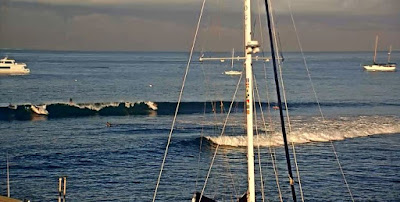 New WNW swell should be slowly rising all day. Let's first see how Pat Caldwell described the evolution of the fetch:
The strongest low in about a month for the far NW Pacific unfolded last Friday 3/26 off Hokkaido, Japan. It tracked NE close and parallel to the Kuril Islands and Kamchatka into the Bering Sea by Saturday night. Central pressure dropped to 970 mb. Duration-limited fetches within 305-330 degrees set up since the track was perpendicular to the great circle rays to Hawaii. Seas did build about 25 feet. The long travel distance lowers local surf size potential.

Below are the maps of March 26 through 28 that show the fetch in the NW corner.

The first energy the upstream buoys are receiving is from the beginning stage of the fetch, which was more west than its further evolution. It's going to be a particularly slow start in Maui, as directions more west than 300 are partially blocked by the upstream islands. As the swell will move more north (following the movement of the fetch), it will get bigger (probably tomorrow). Below are the graphs of the reported buoys together with the surfline forecast. I circled in red the rise of swell at NW and Waimea and put red dots on Pauwela to show how I think the swell will rise locally (very little and very slowly). Surfline is even less optimistic and only has 3ft 14s and only tomorrow (but their forecast is usually late).

Home guess for Hookipa is tiny to start the day with and with inconsistent NW sets slowly building throughout the day. 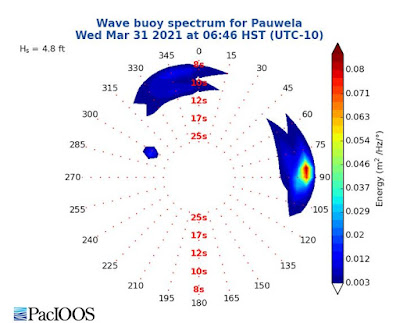 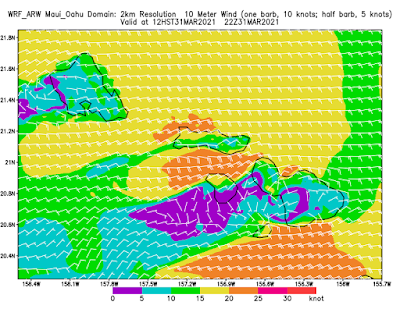 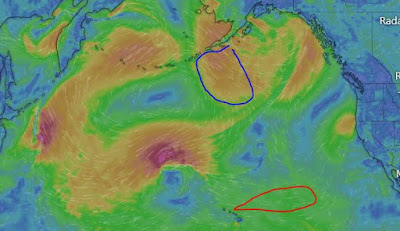 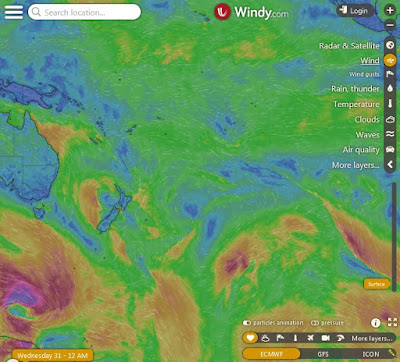