No photos from yesterday (weather was so bad that I did not set foot outside of my house!), this is an amazing shot posted by Tikanui Smith. 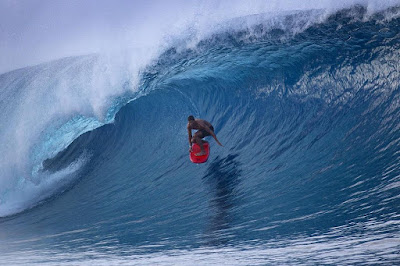 He's on a foil board there, but check out what the guy can do at Teahupoo on a regular surfboard.

Pat Caldwell was caught by surprise too by that low long period SSW swell and here below offers a possible explanation, but more importantly a general statement about the expectations towards predicting south swells:

That little, long-period Tasman swell that started locally late Saturday and peaked Sunday 3/7 was a bit of a surprise given it formed east of Australia and lasted less than 2 days 3/1-2. So the fetch length and duration seemed way too short to make surf for Hawaii. Well, there’s the uncertainty in surf prediction, especially for S swells, some that don’t look like much can give us a surprise. And some of those massive, honking S swell sources that look guarenz go AWOL. Welcome to the game. Good attitude prep for the upcoming S swell season. Believe it when you see it.

Below are the maps of Mar 1 through 6. I overlapped them so they could show only the region of the Tasman Sea. As you can see, there was a much stronger fetch on the 4th, which, you might think, should make for a bigger swell around the 11th. We shall see. 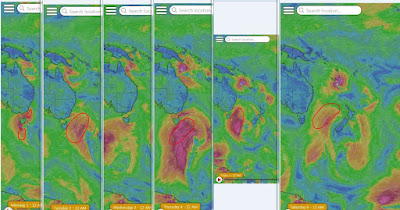 Not much today instead. Check the Lahaina or Kihei webcams if interested, for size, conditions and consistency. 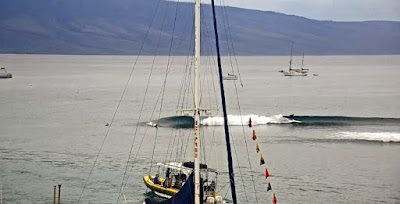 Below is Pauwela's graph that show that yesterday it did indeed go up to a respectable 6ft 15s, which is what the fetch seemed to me to have produced (maps posted yesterday). Mixed sizes, directions and periods today make the Hookipa home guess quite challenging. I'm going for head to head and a third, but the water will likely be brown and I'm not even sure the parks open (probably not). 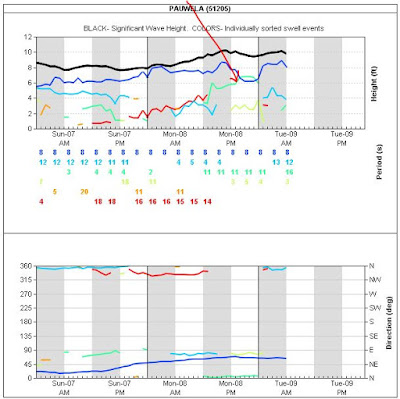 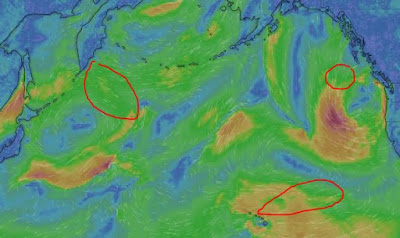 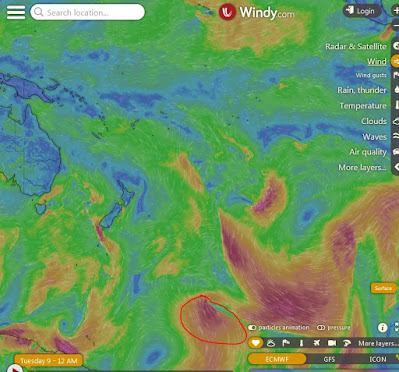