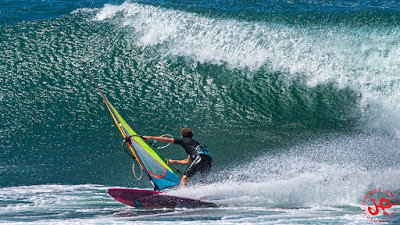 Small long period southerly energy at the buoys, probably coming from the fetch circled in the maps of Mar 13 and 14 below. 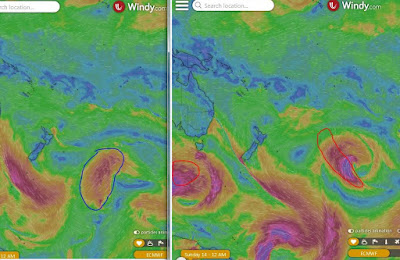 Strong ENE short period energy at Pauwela and Mokapu will be the dominant energy in the water today. Notice the sliver of much longer period energy from a more northerly direction. Let's have a look at the maps of Mar 17 through 19. I numbered the fetches to make it easier to follow, the long period energy is coming from the distant n.2 but you can see it was a fairly small fetch. It then joined forces with former n.4 and the higher shorter period energy is coming from n.4 on the 17th and n.2 on the 18th. The local windswell fetch (n.3) has been pretty short (hence only 3.4ft 6s) and there is no sign (at least at the Surfline buoys) of the relatively weak WNW fetch n.1 east of Japan.

Graph and forecast of the Pauwela buoy together with its energy spectrum from this PACIOOS page.

Home guess for Hookipa is head to head and a half and windy.
Wind map at noon. The other ones can be found here (click on animation of the 10 meter column). 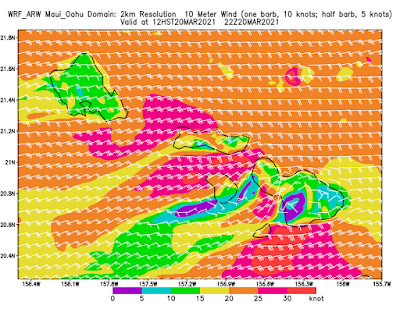 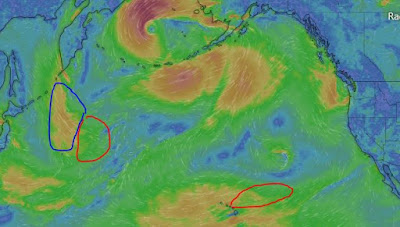 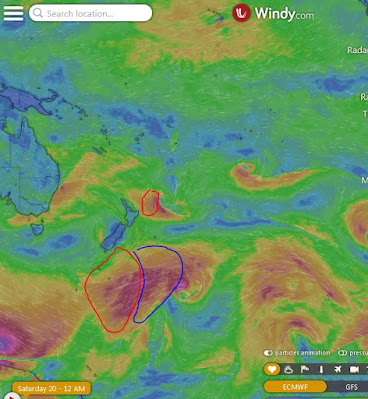 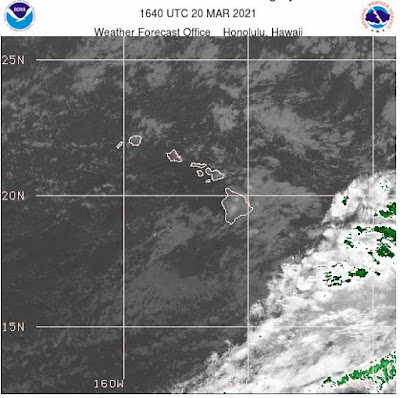