Thanks to Jed for the donation. 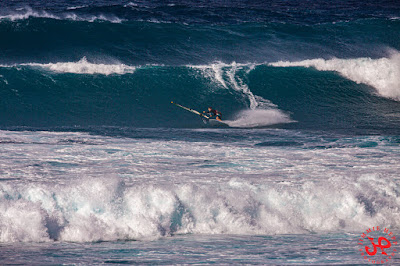 Unidentified source, mystery long period small energy continues to be registered at the buoys. Interestingly, Surfline did have it (0.8ft 18s) in their forecast.
Check the Lahaina or Kihei webcams if interested, for size, conditions and consistency.

NNW energy disappeared from the NW buoys but it's still pretty solid at the N buoy and at Pauwela (although with shorter period of 12s), sign that most of it is east of the islands. That appears immediately clear when looking at the fetch maps of Mar 3 through 5 that I'm happy to repost also today.

Home guess for Hookipa is around head and a half. Honolua should have waves too (reminder: Molokai shadow line over there is 335).
Wind map at noon. The other ones can be found here (click on animation of the 10 meter column).