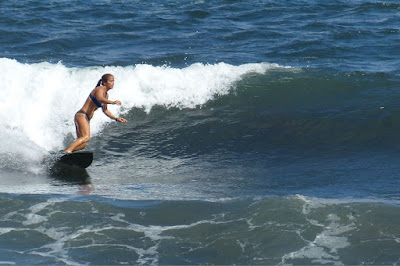 Very small southerly energy at Lanai. Check the Lahaina or Kihei webcams if interested, for size, conditions and consistency. A lot smaller than the past couple of days, but still some leftover waves like the one below.

New long period NW energy on the rise all day. Here's how Pat Caldwell described the evolution of the fetch:
The jet stream blocking ridge was still straddling the Aleutians last weekend 2/26-28, forcing a winter-caliber low from the Kamchatka corner into the Bering Sea. The low became broad and to hurricane force. A long fetch parallel to the Aleutian chain set up from Kamchatka to east of the Date Line. ASCAT validated the storm-to hurricane-force winds 2/28. The JASON altimeter 2/28 showed seas to 40 feet for that ribbon of a fetch over the 320-330 degree band. The highest seas under mostly west to east ocean surface flow have been aimed at the west coast of N America.

Below are the maps of Feb 28 through Mar 2 that will help follow.

Below are the graphs of NW001 and Pauwela together with the Surfline forecast (late, as usual). Home guess for Hookipa is head and a half and CLEAN! The last decent mark I gave Hookipa (7.6) was on February 17. Since then we've been tortured with some really strong trades and mostly windswell waves, so enjoy today and tomorrow, as the strong trades will be back already Saturday.

Wind map at noon. While waiting for the usual wind maps to come back online, these are two alternatives: PACIOOS page and Surfline. 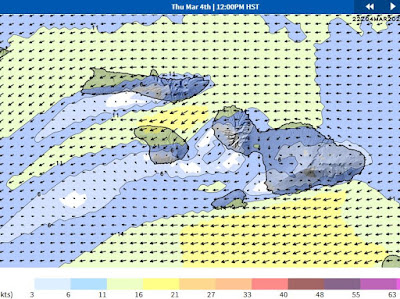 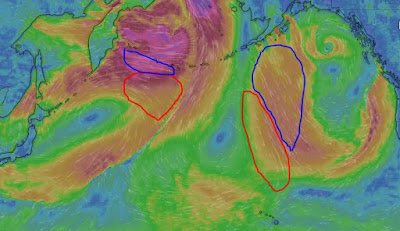 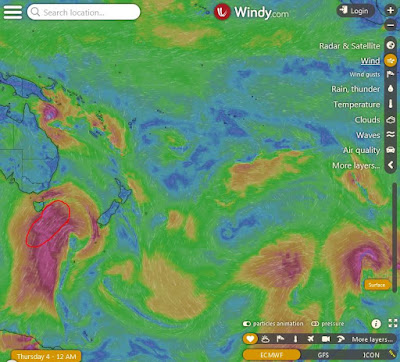 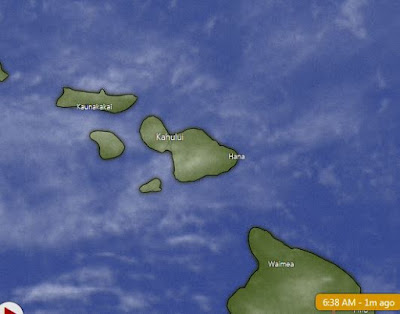