Mike moving faster than anybody else on an Armstrong 925. On my list. 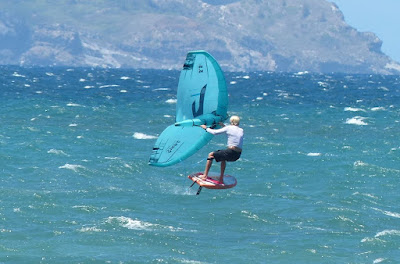 Southerly energy down to 13s with a hint of 20s at Barbers. As Pat Caldwell points out below, there is going to be a long period episode over the weekend, this might be an early arrival.

A massive band of severe gales to storm-force winds set up S to SE of NZ with dominant surface wind direction from WNW 9/1-4. Last I looked at a map, that means pointed better Antarctica than Hawaii. So even the angular spreading aspect is majorly sketchy from this source.

Finally on 9/4 PM, that massive area of low pressure gained some surface winds from SW on the west-end of the system as the massive bulge of 40 feet seas crossed 160W (longitude of Hawaii). This bulge was short-lived (~24 hours) near the Hawaii swell window with the system moving rapidly east. Mega swell for the Americas (>10’@17s for Peru by Sunday), but looks like Hawaii is in for the side-scraps, with the low, long-period energy in the onset stage Saturday 9/11 from 170-180 degrees. Given the near miss, error bars are big on the local surf estimate. It should be filled in Sunday 9/12 near average and hold about the same on Monday 9/13.

Below are the maps of Sept 1 through 5 that will help follow. IMO, the only decent fetches happened on the 4 and 5, so we got to wait for the weekend for the biggest waves.

But it's not flat today and conditions are pristine at the moment. Check the Lahaina webcam if interested, for size, conditions and consistency. 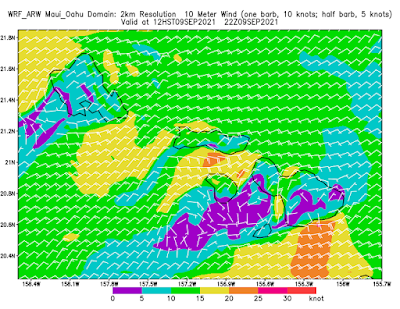