I bragged about my day yesterday by sending a photo of some of the stuff I used to a friend: "Was a really good day. Four different disciplines sessions, two tens, two sevens. Kai Penny will take it." 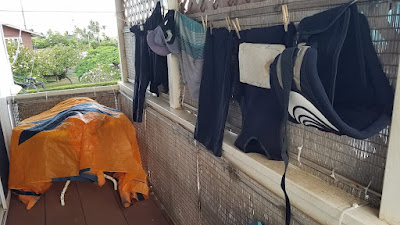 And of course, as soon as I sent it, the notification of this new video of Kai Lenny popped up! Session four was winging at Kanaha. Had I known the Toscano's were out at a peaceful, tiny, light wind Hookipa, I would have joined them. 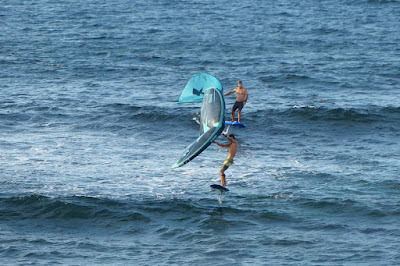 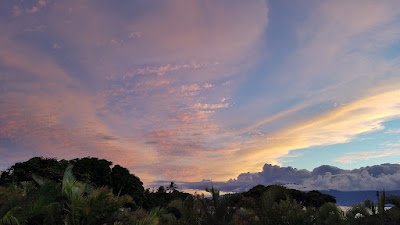 Based on the readings, I would have thought it's not a south shore day. But then I saw this... that's why the Lahaina webcam must always be checked (if interested), for size, conditions and consistency. 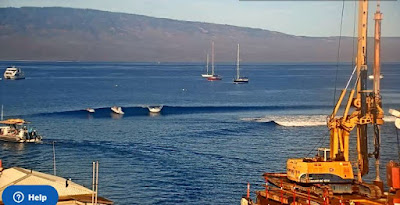 Wind conditions updated from NOAA page.
The weak trough north of the islands that has recently disrupted trade flow and introduced several days of light winds will be moving west of the area through the day. This will allow high pressure centered far northeast of the state to assert more of an influence through late week. The tighter pressure gradient produced from this high will reawaken more areawide moderate to locally strong trade winds from early Thursday into the Labor Day Weekend.


Forecast and energy spectrum of Pauwela from this PACIOOS page. 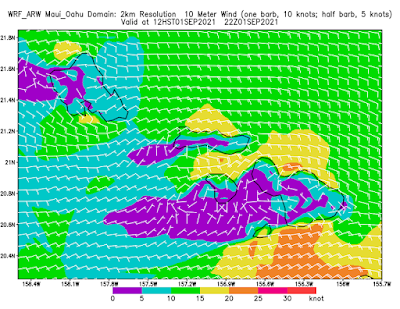