Gorgeous day of surfing yesterday. No wind till noon and shoulder to aslightly overhead waves at Hookipa made for a high crowd advisory, so I surfed somewhere else.
This is Isaac Stunt in a photo of Jimmie Hepp 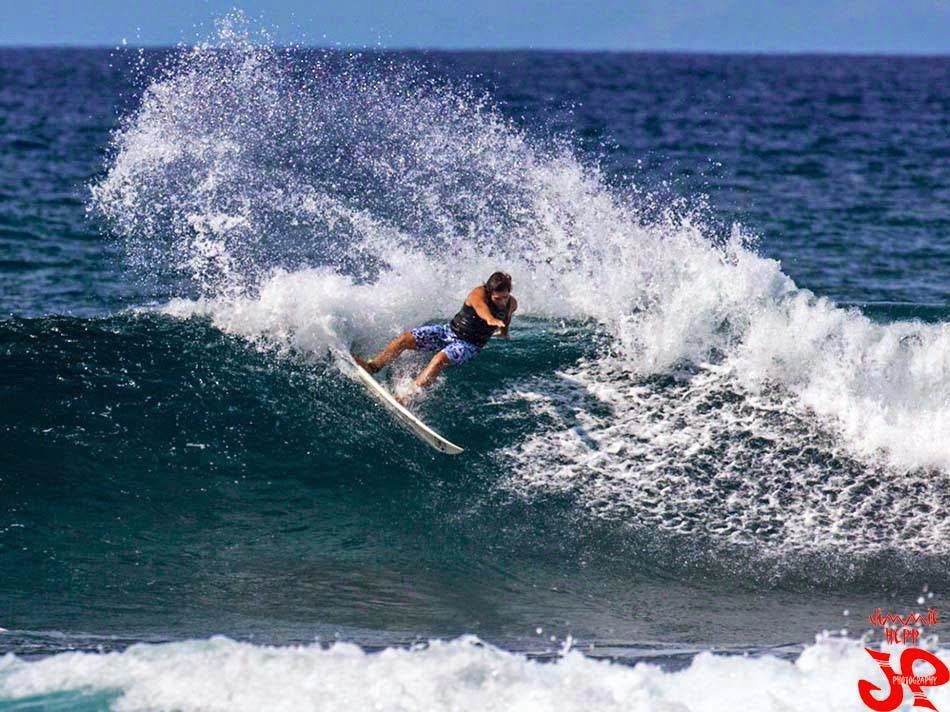 Today the wind should be again delightfully absent in the morning and sea breezy in the afternoon.
The waves will be smaller, as the Pauwela buoy graph and 6am reading indicate:
2.7ft @ 11s from 19° (NNE) 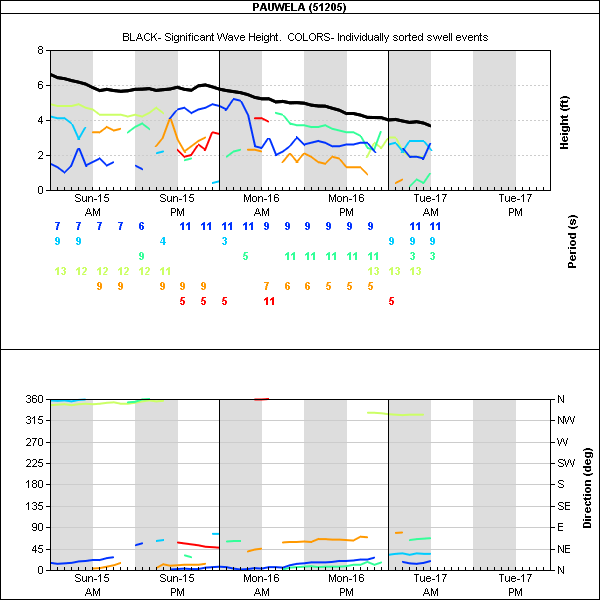 But that's just until tomorrow when the first pulse of the series of the NW swells I referred to in yesterday's call will arrive. Surfline actually call it for this afternoon, but I don't see it at the NW buoy, so I'll call it tomorrow.
Below the wind map that shows the moderate strengh vast fetch NW of us and the Pam cyclone that has now assumed a much more common position just east of New Zealand. As we saw yesterday, that thing has been sending waves to our south shore already throughout its less favorable for Hawaii (moving SE and shadowed by a bunch of islands) journey. So I expect a nice moderate swell a week from now. 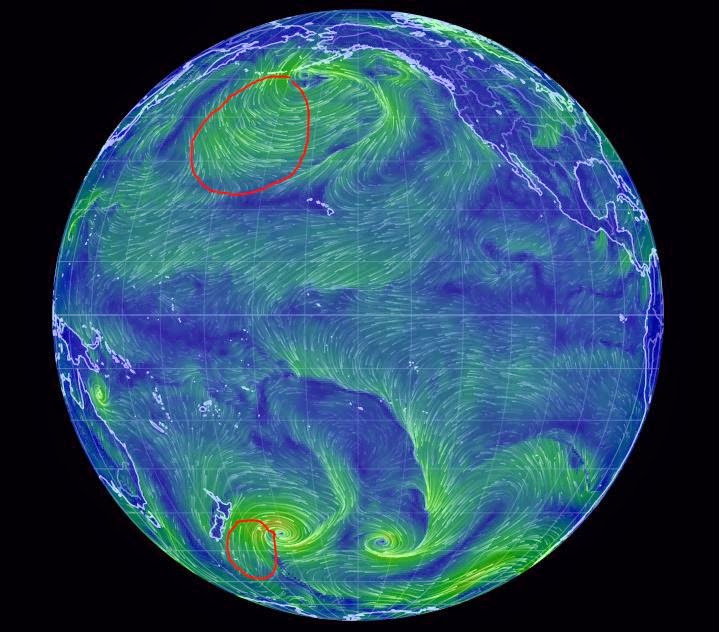 That's because, despite the compactness of the fetch and the non-capturedness (might as well be the first time such a word gets used in human history), the weather map below shows a value of below 949 and that's not even in the middle.
When it passed of the island of Vanuatu a few days ago, it was around 920 and it had winds of 165mph. No wonder it caused some damage there. 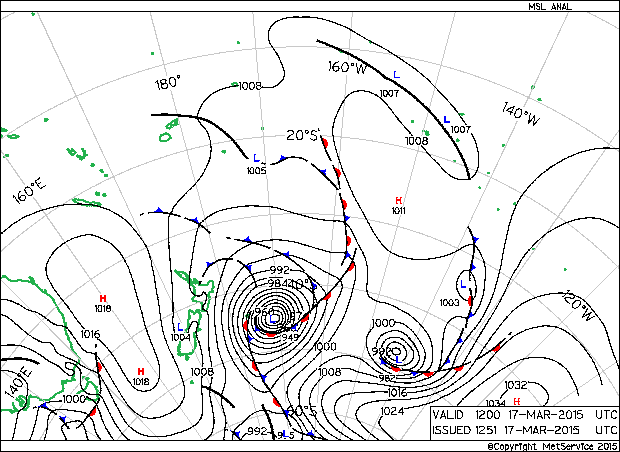 Photo report from Hookipa coming up soon, sorry if I'm late this morning.
Posted by cammar at Tuesday, March 17, 2015